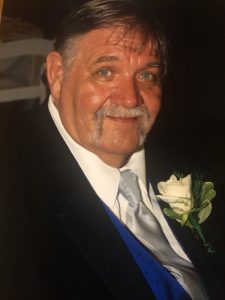 Bob moved to Martha’s Vineyard in 1988 after many trips back and forth before finally making the leap to move here with his family. He worked in the construction trade until 2012, when he suffered a stroke and finally had to stop. After retirement, he enjoyed helping family and friends with home improvements and collecting cans for recycling, with many here knowing him as “the Can Man.”

He was predeceased by his parents, Robert S. Reed Sr. and Phyllis Reed; his wife, Diane Reed; his brother, Benjamin Reed; his sister, Linda Breyer; and the granddaughter he raised, Jasmine Reed. Bob is survived by his sons, Robert S. Reed III and his wife Marna of Citra, Fla., Shawn Reed and his wife Isabella of West Tisbury; his daughters, Sherri Bradshaw and her husband Chris of Tisbury, Sara Guice and her husband Chris of Warwick, R.I., Shannon Reed of New Bedford, and Yvonne Codner of Leavenworth, Kan. He is also survived by two grandsons he raised, Philip Reed and his wife Shelly of Edgartown, and Elijah Reed of New Bedford. Bob leaves behind many other grandchildren and great-grandchildren who called him Papa. His legacy is a large one, and he will be truly missed.

Bob will be laid to rest on Oct. 23, 2020, in Acacia Park Cemetery in North Tonawanda, N.Y., next to his wife whom he loved as much as life itself.

Less than a week to go

Joan Malkin gets hole in one