Clocks return to Eastern Standard Time on Sunday morning; stronger morning light helps to open sleepy eyes. The deepening color of October has been a treat this year, probably due in part to drought, unfortunately. Sassafras, pignut hickory, swamp maple, and festoons of Virginia creeper are lighting up Island woods and give us the true autumnal mood and feel.

The eye-catching pair of tall oxydendrum trees alongside State Road at Polly Hill Arboretum display fall color at its flaming best, although their leaves may have shed by time of publication. If you are considering a specimen tree with spectacular fall color (as well as many other attributes), Oxydendrum arboreum is a choice North American native, infrequently encountered on the Island.

Perennial and annual gardens are winding down, or may have already entered the pages of the garden history-book; we focus now on the less flowery and subtler aspects of gardens: seedheads, ornamental grasses, and the forms and colors of shrubbery.

For a number of trees and shrubs with potential for fall color, full sun locations make the difference between being glowing and drab, according to publicity materials from Proven Winners’ A New Vision for Native Shrubs. (See bit.ly/2J2wdH3.)

This line includes a number of them that color reliably well in fall: oakleaf hydrangeas, physocarpus, viburnums, and diervillas, as well as berrying shrubs for added interest.

Many gardeners will want to leave the remains of certain plants standing for winter interest, instead of the formerly de rigueur fall cleanup and cutdowns. The reason is the food and cover they supply to arthropods and wildlife over winter, and which is strongly recommended by wildlife groups such as Audubon. Likewise, doing this aligns with the Piet Oudolf garden style, where skeletal plant remains are as much a part of the garden as the flowery, summery ones.

Whatever happened to rakes?

Six monarch butterflies flutter and spiral over stands of Verbena bonariensis in the low sun of a late October afternoon: it is like a daydream. It is hard to remain unmoved by them — their fragility; the glowing colors of backlit wings and flowers; the long, long migration that awaits following their departure from the Island.

As more data about species decline and extirpation, such as the plight of the Monarch, hits even mainstream media, I count on Island gardeners, landscape designers, and especially landscapers, to think about what they are doing.

“It is difficult to get a man to understand something, when his salary depends on his not understanding it.” – Upton Sinclair

Recent reporting by the BBC connects the use of leaf blowers [a minor piece of machinery] to the precipitous drop in insect populations. As anyone who lives or works in Edgartown already knows, leaf blowers are too loud and pollute the air, quite apart from the threat they pose to insects. (See bbc.com/news/world-europe-50431827.)

From the link: according to Germany’s Ministry for the Environment, the guidance comes after studies suggested insect numbers were plummeting in Germany and across the world, prompting calls for better protection. A study in 2017 suggested that flying insects had declined by more than 75 percent over almost 30 years in 60 protected areas in Germany. In February, a scientific review of insect numbers suggested that 40 percent of species are undergoing “dramatic rates of decline” around the world.

Many other studies in recent years have shown that individual species of insects, such as bees, have suffered huge declines, particularly in developed economies. Experts say insects make up the majority of creatures that live on land, and provide key benefits to many other species, including humans.

There may be people reading this and thinking — so what, I don’t like bugs, the only good bug is a dead bug. Kill them all.

The loss of insects equates to the loss of the basic food unit of the entire biosphere and to its undermining.

Sunflowers fit the season beautifully, with their wide array of golds, yellows, deep russets, and burgundies, and add cheer and joy to informal autumn bouquets and tables.

That happens to be one of the six reasons for HGSA promoting sunflowers. For cut-flower use, many prefer using pollenless sunflowers, with longer vase life, but these male-sterile flowers still provide nectar.

In addition, sunflowers attract and support birds. For this, plant black oil sunflowers with their high lipid content. And, of course, pollinator insects cannot get enough of the yellow stuff and will be all over your sunflowers. Tall sunflowers add dramatic architecture and even screening to late summer gardens, while compact forms bred for containers create a highly stylized look.

And of course, eating: Varieties such as Mammoth Grey Stripe grow the biggest seeds while, apparently, edible sunflower microgreens are a thing! Soak sunflower seeds in a jar of water until roots appear, changing the water every eight to twelve hours. Sprinkle them close together on a soilless medium and cover lightly. Harvest at about four inches tall.

Finally, sunflowers are accumulators and are among the plants used for bioremediation of contaminated soils. This is good to know if where you want to garden happens to be located in formerly industrialized areas. The sunflowers are grown and enjoyed, but are then disposed of as hazardous waste. 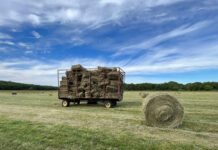 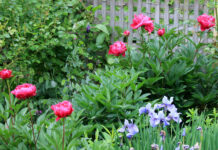