The project: A family wanted a renovation of a Harthaven home that would include creating one large gathering space from several smaller rooms. The new great room would feature a large kitchen, a dining area, a seating area, a fireplace, and views over the changing colors of beach grasses to Nantucket Sound beyond.

The Local talked to architect Chuck Sullivan of Sullivan + Associates Architects about the project. The project was built by Flanders and Crew Inc.

How did the clients find you?

We had previously designed a house for them elsewhere on the Island, which their family grew out of over time. When this property came on the market, the site fit their desire for more exterior open space, and the existing structure — built in the early 1900s — had good bones.

What were their goals?

The design goal was to open up the first story to create a great room. This space had been comprised of three small rooms — dining room, living room, and a less formal lounge — and a kitchen facing the road. Because they like to cook, they wanted an open-concept kitchen, with a view, flowing into the great room where family and friends could gather.

We gutted and reconfigured the existing house, and added a first-floor bedroom. The existing fireplace and stairwell were pushed back four feet to increase the size of the dining area, but the heart of the home remains the same as it was over a hundred years ago. Because they like to cook, the fireplace was reworked to function as a pizza oven. Seth Abbott used native granite and beachstone to finish it.

All the bathrooms and the existing upstairs bedrooms were reconfigured to maximize light and views.

Will they be spending the summer here, or year-round, or somewhere in between?

Mostly summers, but as often as possible during the shoulder seasons, and maybe more time now since COVID.

What did you have to do structurally to allow for that much span? How did you maintain that open-rafter look in the ceiling?

Lots of new beams. The dining room ceiling is the original from what was the main living room. The new living room and kitchen have entirely new framing and foundation, and rebuilt walls.

Is the ceiling of the great room also the floor of an upstairs room? How did you create a sound barrier?

Yes, the dining room ceiling spans the floor of the master bedroom and a guest bedroom above. There is a rubber mat and 1/2″ homasote board for sound deadening.

Can you tell us about the materials you used?

We used cypress to maintain the original look and feel of the original house, which was a light-grey beechwood stain on native pine and fir, typical of interiors in the early 1900s. It is a great wood for wet environments.

Cypress also has nice graining and is similar to native pine and fir, which we restored in the ceiling above the dining area, in the benches flanking the French doors to the porch, and in the interior wallboards. The interiors of the new windows and doors, however, are vertical grain fir.

What sorts of constraints did the house have because of its coastal zone location?

It required zoning board of appeals (ZBA) and conservation commission approval for both coastal and floodplain regulations.

What were the site challenges?

Since it’s in the floodplain, we needed to lift it above the floodplain elevation. With an unenclosed foundation, we had to find safe and efficient ways to deal with heating and plumbing systems.

The roofline of a Craftsman-style house is more restrictive than those of a traditional Cape or Colonial. We were extra thoughtful when designing the scale and placement of windows to maximize the 180-degree views of Nantucket and Vineyard sounds. 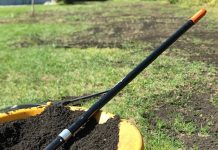 Design Q+A: How can we prepare our lawns for the winter? 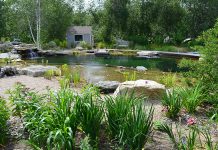 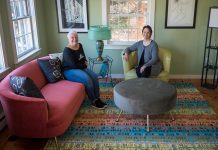