We rescued my dog about eight years ago and when we first got her she had some “guarding” issues. She was 3 years old and living in a foster home with four other dogs who were not well cared for. She was one of the smallest of the dogs. When we brought her home, she would become very aggressive when in possession of a “hot toy,” a special treat, or a random dirty sock. We never could tell what would set her off!

As she ages, her episodes are less and less frequent. However, she still becomes aggressive from time to time. At times she will steal the children’s favorite stuffed animals and bring them to her “place.” She won’t let my husband or I take the toys away, but my children (7 and 2 years old) can go over and take the toys right from her mouth without a problem. Why does she let the kids take the toys and not us?

Thank you in advance for your knowledge and support!

This is a great, great question. I wish I could tell you that being smaller, more innocent, and hence less threatening is why dogs are more tolerant of kids than adults. But I cannot because it has no correlation to reality. “Associations” coupled with “experiences” is what this is about.

Imagine you’re in a park, and just as your young dog is being introduced to a toddler, a frisbee comes out of nowhere and slams him in the head. A puppy may very well associate the blame of being startled and pained to small children from that point on. I’ve met quite a few unsocialized dogs that couldn’t handle the different behavior and body language of a 1-year-old child who’s just learning to walk.

Let’s say you’re leaving the house on a rainy day with a puppy, and his tail gets caught in the door just as he sees his first person with an umbrella. I’ve lost count of the dogs I met that were fearful of, or aggressive with, people having the audacity to be carrying an umbrella. And it doesn’t necessarily have to be a negative association with a new experience. A very sensitive dog may have issues with many new experiences, such as the pharaoh hound that was terrified of walking on the dock to the owner’s boat because it could see the water between the wood slats ten feet below. Or the owner of the pit bull mix that always had to cross the busy street because her dog was terrified of and wouldn’t pass the small cement statue of the lion at the entrance to a driveway.

Whatever happened in her past, Liddy clearly relates to your kids as non-threatening, which is something for which to be extremely grateful. I’d also suggest that you start to teach Liddy to “trade.” If the only time she gets people food is when she drops the stinky sock in your hand for the small morsel of chicken as you happily say “trade,” things may get easier. Approach slowly, and be positive and happy as you let her smell the chicken in your hand as you say “trade.” The likelihood is she’ll be happy to drop the sock for a piece of chicken. 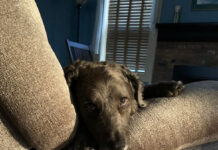 Dogcharmer: My dog was attacked by another dog 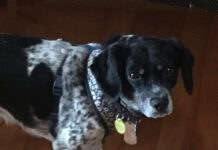 Dogcharmer: A place of her own 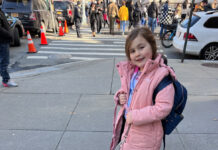