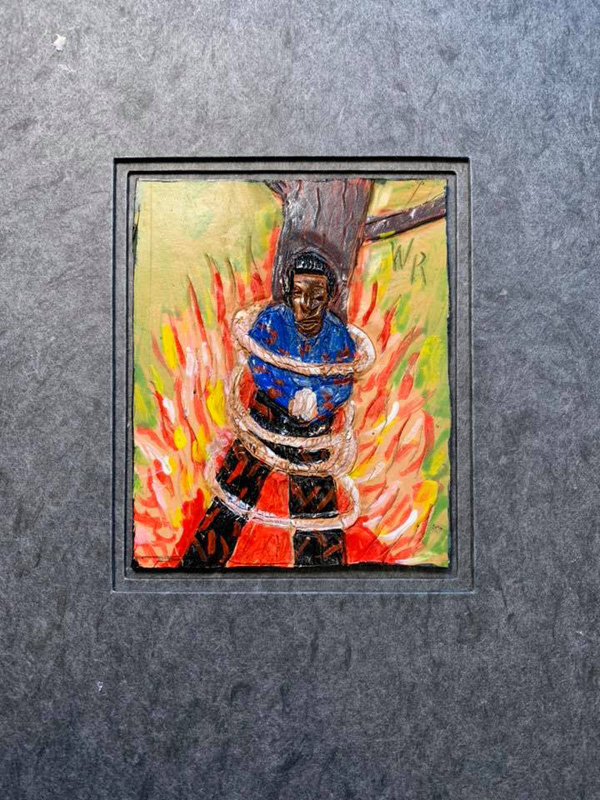 Dr. Shirley Whitaker is a healer — as a doctor and as an artist. Her compassion and dedication come across in the film, “Ashes to Ashes: A Homecoming Celebration for the Unburied,” which pays homage to the nearly 4,000 African Americans murdered by lynching between 1882 and 1981, and denied their last rites in the U.S. The documentary is grounded in Whitaker’s conversations and touching relationship with her patient, Winfred Rembert, who is the only known survivor of a lynching. While watching him etch images of his life in engraved and painted scenes in leather, he shares his harrowing story and daily struggle with its aftermath right up to the present day, putting a very personal face to what we may think of as a bygone era. His story can bring you to tears, if you can possibly move past your outrage.

In the film, Whitaker talks about her decision to create a stirring event: “I decided to have a funeral for the over 4,000 African Americans who were lynched in the United States, to close that chapter and move forward. America has to do the same thing to help heal this country. You get some pushback from people, ‘Why do you want to stir that up?’ It hasn’t been stirred enough. People were saying, ‘That’s so depressing.’ I say, You think this is depressing, try hanging from a tree. A funeral is a healing for those that are alive, giving respect to those that have departed. I think they wanted to be remembered and have their rite of passage, their right to move on.”

The funeral included readings by actors, dance, song, a symbolic burning of a noose, and attendees reading the names of the dead off the slips of paper that they had received — a spine-tingling, somber sequence.

Two days after the service, Dr. Whitaker was asked to commemorate the event through a book. Six eulogies of the slain form the centerpiece of the book, in separate obituaries with etched portraits. From paper to bindings to etchings, the limited edition of 50 copies of “Ashes to Ashes: A Homecoming Celebration for the Unburied” were made entirely by hand. There is a separate, loose etching in the shape of a tree, with 4,000 names of those lynched worked into the texture of the bark. A leather painting by Rembert himself graces each of the first seven copies.

Tracy Thorpe, adult program coordinator at the Chilmark library, is organizing a film screening and book talk with Whitaker at a Nov. 6 Zoom event. She says, “When I saw the book and the film, I immediately wanted Dr. Whitaker to speak about her book, not only because it is relevant to our times, but to be able to attest to the lives of those people, tell them that through time and all the hate they are loved.”

The film screening and talk about the service that inspired it promises to be moving, and an opportunity not to be missed.

At the end of the film, Rembert says, “I can’t be healed. I think I will go to the grave with what I got holding me down. Even though those things was done to me years ago, they are still holding me back. Can I send a message? Can I change the world? I can’t change the world. I’m not a big enough man to do that. But I can put a dent in it.”

Friday, Nov.6, 5 pm, through the Chilmark library, “Ashes to Ashes: A Homecoming Celebration for the Unburied” film screening and author book talk with Dr. Shirley Whitaker. Email tthorpe@clamsnet.org to sign up and to get the Zoom invite.