Bruce E. Kennedy, minister of the Unitarian Universalist Society of Martha’s Vineyard from 1994 to 1999, passed away peacefully in his sleep on Oct. 22, 2020, at the age of 70, after a six-year struggle with white matter disease of the brain. 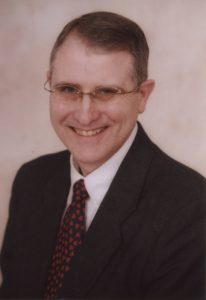 Bruce was born in Washington, Pa. He received his bachelor’s degree from Susquehanna University in 1972, then his master’s of divinity from the Pittsburgh Theological Seminary in 1977. After a year and a half in the leadership training program of the American Ethical Union, and studying with several UU ministers, he was fellowshipped and ordained the same at Bell Street Chapel, Providence, R.I., in 1980, where he ministered until 1982.

In his time Bruce also served congregations across the Canadian Maritime provinces, as well as in Dedham, and in Santa Rosa, Calif., until 2003. Bruce went on to work as a chaplain with Sutter Hospice until his retirement in 2014. During his years on-Island, Bruce remained dedicated to professional development, and multidenominational community activities. He was a longtime member of the Henry David Thoreau Society, actively engaged in research on Thoreau’s writing.

Bruce is survived by his loving wife of 38 years, Susan Drumm Kennedy, and his beloved son, J. Byron Kennedy, both of Santa Rosa, Calif. He was preceded in death by his parents, James C. and Rae N. Kennedy, formerly of Washington, Pa.; his sister, Rebecca N. Kennedy; and his brother, Robert N. Kennedy.

Memorial donations may be made in Bruce’s name to the Southern Poverty Law Center, 400 Washington Ave., Montgomery, AL 36104.