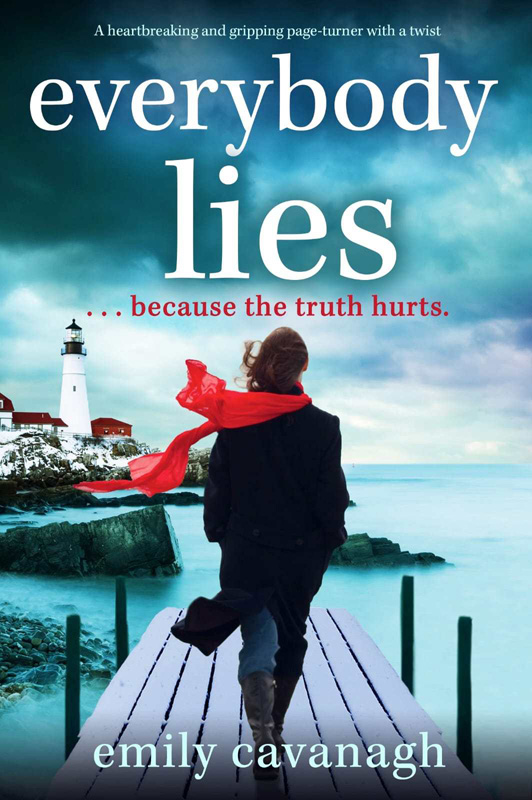 “Everybody Lies,” by Island author Emily Cavanagh, is a haunting tale with sophisticated nuances that keep you turning the pages to the end. On the surface it is a murder mystery, but it’s filled with lies and secrets entwined in the pages. Cavanagh grabs you from page one with the young woman Layla being pursued by her killer: “He’s behind her. She can’t see him in the dark, but she feels his presence like a dark cloud gathering force. She hears the crunch of his boots, slower than her own crashing footsteps, but more confident too. He knows this beach, this snowy climate. He’s at ease in the icy darkness of Great Rock. She is just an intruder here, a foolish interloper who doesn’t belong on a frigid island in the middle of winter.”

Wintertime in Great Rock, modeled after the Vineyard, is as much a character in the story as any of the people. The young woman’s murder throws a pall over the entire island: “We’re all connected here on Great Rock, and there’s no way this won’t touch every one of us somehow, showering us all with its silent and toxic drops.” Sounds just about right, right?

Cavanagh tells the poignant story in alternating voices of Evvy, her daughter Daisy, and Evvy’s best friend Caroline, although the men in their lives are major players in the plot line.

Evvy’s life has been significantly defined by the death of her younger daughter, for which she feels, and perhaps rightfully so, guilty. Her marriage fell apart as a result, although there is an undeniable tie to her ex-husband. Evvy’s current partner, Ian, is the one arrested for the young woman’s death. While seemingly affable — and Evvy swears it was he who was able to bring her back to life after her younger daughter’s death — there is a very dark side of Ian, although whether he killed Layla is unclear.

Caroline’s marriage is on the rocks as well. She and Jack, a police officer and working on the case, are estranged, but they are keeping it a secret from their son Connor. He knows, though, of course, because the island community is so small. Connor is troubled, and his devolution is part and parcel of the unfolding of the tale. His road to ruin affects not just his parents but Daisy too, who has a long history with him.

Cavanagh builds a complex web of secrets and lies among her characters, but they are not simple feints to keep us guessing as to the killer. This is no simple whodunit tale, as becomes apparent when we see that drugs and domestic abuse are the driving force behind each untruth. “Everyone Lies” is not a murder thriller but a book about how these two powerful engines can become a killer in the community. Daisy describes the island when she learns about the drug use: “I don’t know this world … Not the street names or the landmarks or the terrain. This is a different Great Rock than the one I inhabit, though I know this version exists alongside the one where we grew up, just like the summertime Great Rock exists. This Great Rock isn’t featured in the postcards or mentioned at back-to-school night at the high school. This Great Rock is quiet and slippery, understood through euphemism and what isn’t spoken aloud. Died unexpectedly is what the obituary reads after an overdose.”

Cavanagh says about her inspiration, “At the time I started writing this book, there had been several overdoses on the Island. Because the Vineyard is such a small community, a few of those were people whom I was connected to in some way. I found myself drawn to the individual stories behind the newspaper articles and obituaries. I wanted to explore the far-reaching implications addiction can have for the families impacted by it.”

Cavanagh adds, “While the book is marketed as a thriller, I think it contemplates a lot of contemporary issues, including addiction, domestic abuse, marriage, and parenting; and the challenges — and joys — of living in a small, isolated community.”

What comes through clearly in this gripping tale is that the prevarications aren’t about malice, but the lengths people will go to for love of their partners, children, friends.

“Everybody Lies,” by Emily Cavanagh, Bookouture. Available online. Emily Cavanagh will be speaking and reading on Zoom for the West Tisbury library. Contact wt_mail@clamsnet.org for the Zoom invite.