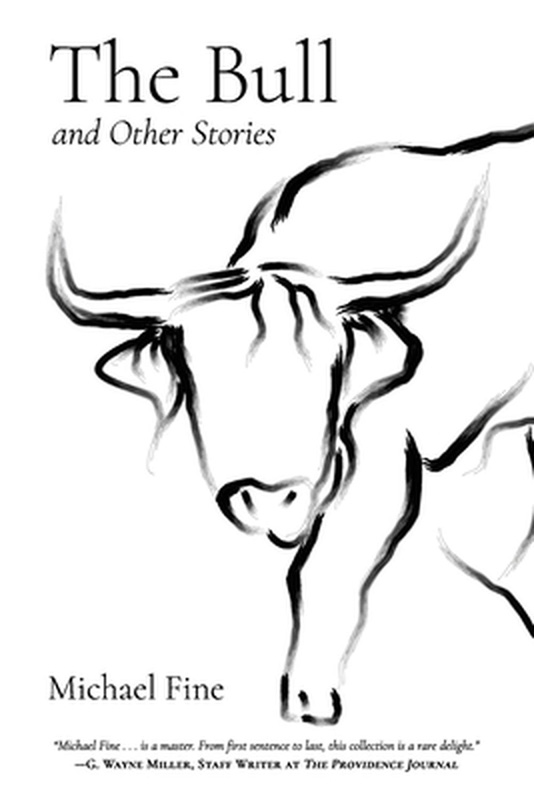 Author Dr. Michael Fine, a writer, community organizer, family physician, and public health official, says that the stories in his new fiction book, “The Bull and Other Stories,” are inspired by his interest in seeing the world through the eyes of people he doesn’t know. You can hear him speak more about it at his book talk at 6 pm on Dec. 1 via Zoom through the auspices of the Vineyard Haven library.

“That’s the beauty and power of fiction, and its connection to democracy — that we can and must imagine someone else’s inner life and come to know the world in a different way, and in the process come to see ourselves as one people as a result.”

The 10 stories, written from 2015 through 2020, are a varied kaleidoscope of imagery and narratives that take us to places we may have never been. In “The Bull,” the title character is Tester, an “untamed two-ton bull who was all muscle and who could make a mess of trouble if he got riled or just got a dander up.” Tester has escaped into the community once again, and the tale revolves around his owner Gregory’s attempt to save him from those who feel it is time to put him down.

Throughout the story, Fine makes us aware of the untamed nature of the beast and his power for destruction. “The world to Tester was just a set of obstacles to plow through, just a set of objectives to be achieved, and there was nothing in the world the animal recognized as meaningful or loved.” Later Fine writes, “This beast is just a beast … Tester chased after cows and tried to breed anything and everything in heat for five miles around, which was just a nuisance, no two ways about it, though you had to admire the bull’s endless energy and resolve.” But Tester isn’t the only beast. Gregory’s response to the sheriff who wants to kill Tester reads, “There are two kinds of people in the world, Gregory thought. Those who do. And those who destroy, make life difficult, create damage, and then feed on the wreckage … Men who can’t build but can only live off the labor of others … People mean different things when they say loyalty and freedom.” The reader might find the familiar in this description of what the sheriff represents.

“’The Bull’ was written in 2015,” Fine says, “as I understood something about Donald Trump and his support, just as he was talking about running for president. I know that sounds strange, but it was my way of getting close to something fearsome and bigger than me and trying to understand the seductiveness and the danger of power itself.”

The story “When We Were Dead” is in the incongruous, eerie “voice” of the undead. Fine says, “It was triggered by the telephone call from a friend and colleague, who wanted to know what to do about a homeless person they were working with, who had been declared dead by the Social Security Administration. I wanted to hear the voice of the person who had been declared dead, and understand how such a thing was possible.”

There is a certain melancholy to many of the stories — sometimes that you don’t see coming, such as in “The Dream House,” where the third husband of a nurse in Pawtucket wins the lottery and all the wife wants is a house, while he covets more. For others, the tone is obvious from the beginning, as in the story “Anyway,” where a 19-year-old Latina caretaker has a complicated, and at times infuriating, relationship with her ornery rich client while she’s losing her mother to COVID-19.

Fine shares, “’Bernie Sanders, Elizabeth Warren, Infantile Liberalism and the End of Democracy’ was inspired by a young man I had lunch with whose life story punched holes into the assumptions and claims of some of the people running for president, and left me thinking that if we can’t learn to listen to actual people and their real beliefs and feelings, than we’re never going to be able to make this democracy work.”

The book ends with a lovely piece called “Awaking Horse,” in which the horse who falls asleep represents the hopes and dreams of a family in India and then awakens, ending on an up note. “It started as a dream, and I built it into a story of the hope and redemption I needed to believe in then,” Fine says.

“I publish a short story a month, and distribute them through a website. These were 10 recent stories that interested me most. They each delve into a world unto their own.”

Throughout, Fine draws us in through his evocative use of language that touches on but is not exactly of our own world.

“The Bull and Other Stories,” by Michael Fine available at fantasticfiction.com or at michaelfinemd.com. Email vhpl_programs@clamsnet.org or amcdonough@clamsnet.org for meeting access to the Dec. 1 library event.