Four new cases of COVID-19 were reported Tuesday — three from the hospital and one from an off-Island medical practice.

The hospital has conducted a total of 10,146 tests since March as of Tuesday. Of those 353 have come back positive, 9,713 negative, and 80 are pending results.

The town of Aquinnah has also conducted its own tests. In total, the town has conducted 355 tests of which zero have come back positive, 348 negative, and seven pending results.

In their expanded Friday report, the boards of health linked 203 cases or 41 percent of positive cases to other cases. Most of these connections are within family and household members or between small social groups.

In addition to the wedding cluster which reported eight cases, clusters at Cronig’s Market, with 19 cases, and a bible study group, with 11 cases, have also been reported. Only 40 of the Island’s 495 confirmed cases are still being followed by public health officials. Each of those active cases were reported between Dec. 6 and Dec. 26.

On Monday, there were 4,060 new cases reported across Massachusetts with an estimated 80,620 active cases. There were 48 new deaths Monday for a total of 12,158 COVID-19 deaths since March. The average age of those deaths is 80 years old. 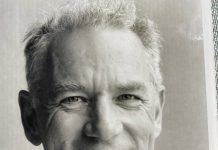 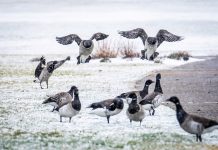 Martha’s Vineyard gets a fresh coating of snow