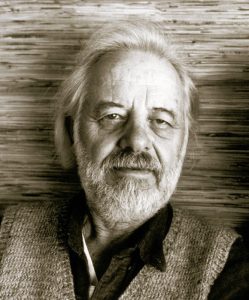 He was born in Stratford on April 29, 1921, to Joseph C. Moller and Anna C. Chapkovski. He served as a lieutenant in the Air Force during World War II. As an engineer and entrepreneur, he founded and led Precision Chemical Pump Corp. Later he became a successful architect and developer.

He was a loving, compassionate, and generous man. He loved nature, especially water; and he relished swimming, sailing, and ice skating. Cliff was a humanitarian who promoted peace, and was an active supporter of civil rights and a protester against the Vietnam War during the 1960s and ’70s; more recently, he advocated for nuclear disarmament. Cliff was a longtime resident of Cambridge; he also traveled extensively and owned homes he built on Martha’s Vineyard and in the British Virgin Islands.

He leaves his sons David and Jonathan, his daughter Nira Harper, three grandchildren, and two great-grandchildren.

The family will have a private memorial service. Donations can be made in Cliff Moller’s name to either of these organizations: Pine Street Inn in Boston, or the Martha’s Vineyard Land Bank Commission.