We got Bubba two years ago, and from day one he did not like my adult son. Bubba is fine with children and women, but iffy with some men. My son lives with us and every time he walks in the room, the dog goes nuts. My son has been nipped a few times and now we try to keep them apart. How can we get Bubba and my son to live peacefully together? By the way, Bubba is a French bulldog pitty mix.

The way to get Bubba and your son to harmonize peacefully requires their getting together as opposed to being kept apart, and it’s going to require some effort on your son’s part. I suggest that Bubba starts earning tiny people food treats (chicken, baloney, apple, whatever) from your son. The ONLY person who gives him people food treats is your son. I’d also suggest that your son is the one to feed Bubba. If food is just left down and Bubba free feeds whenever he wants to, it’s Son who fills the food bowl. (Bubba’s nose will tell him who’s feeding him).

But let’s back up a little to your son “walking into the room” and Bubba goes nuts. Most dogs are territorial, that’s why they make great “watch dogs.” Bubba’s territoriality, coupled with his dislike of your son, causes his aggressive response when your son has the audacity to enter what Bubba perceives as “his territory.” So, henceforth, your son always enters any room prior to Bubba. If Bubba’s already in a room that Son wants to enter, instead of walking in he stands just outside the room and calls Bubba to come and sit to earn a people food treat. Then Son can walk in first, or they can go in together. Or perhaps Son throws a couple of the treats (outside of the room he wants to enter) and calls Bubba into the room for a treat once he’s inside. Prior to all of this, in a neutral territory, Son needs to practice having Bubba come to him and sit for the special treat. Once that routine is established, the entering-the-room routine will get easier and easier until Son can just call Bubba over for a treat as he enters the room.

The bottom line, Son needs to create a working relationship with Bubba, and often the quickest way to a dog’s heart is through his stomach. Taking Bubba for long walks or putting him in the car for a walk in a nearby park will also enhance their relationship. When one makes the effort, I’ve seen situations like this completely turn around, with the two-leggeds and four-leggeds becoming best buddies. 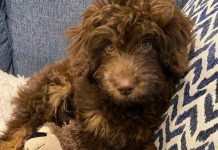 Dog Charmer: The fear is real 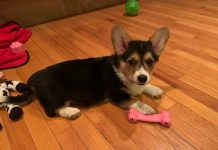 Dog Charmer: Pearl’s in a panic 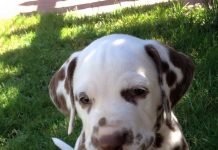