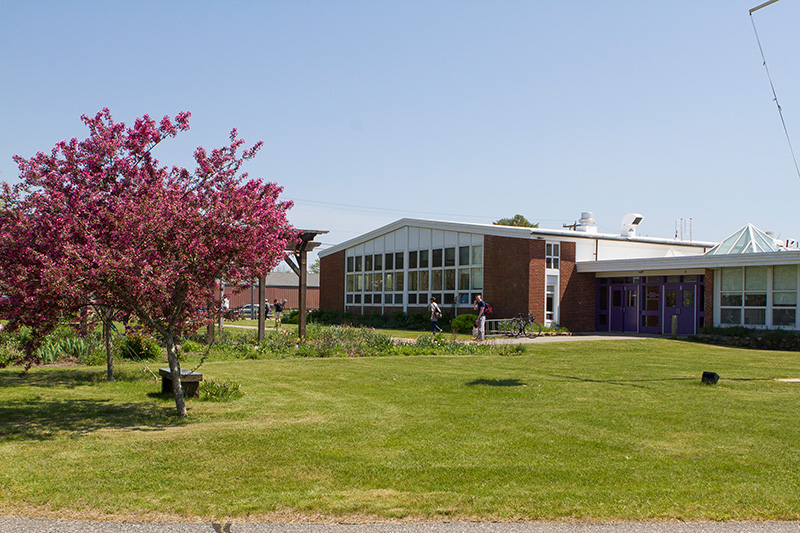 What does it mean to be culturally and racially proficient as an educational institution? What steps can be taken both in and out of the classroom in order to have tough conversations and make lasting progress as an inclusive, equitable environment?

These are the questions the Martha’s Vineyard Regional High School (MVRHS) is asking, in order to create a better social and educational experience for all students.

Dhakir Warren, administrator of student affairs at MVRHS, said although these kinds of conversations have always been necessary in schools, the community conversation that is ongoing was sparked in part by the murder of George Floyd by a police officer.

After the tragic event, Warren said the school began to delve into the work necessary to bolster racial equity and understanding of these complex issues across the board. “This is a part of our work, but it also is the work that we need to conduct as a part of the larger Island community,” Warren said.

According to Warren, who also spoke out for The Times’s “Voices on Racism” project, structural and institutional racism has been so deeply embedded in public school settings that it’s going to take the entire school, and the Island community, to effect meaningful change.

In order to work toward an environment that celebrates the innovation and progress of people of color, Warren said the high school must first discuss and ruminate on the difficult conversations surrounding the systematic oppression of minorities and minority groups. “First, it’s about being able to sit in those uncomfortable spaces,” Warren said.

In order to accomplish this, Warren said, the school is looking at ways to institutionalize opportunities for both students and faculty that focus on cultural proficiency and implicit bias.

During this training initiative, faculty dug deep to reach a unified understanding of what systemic racism looks like in schools. “Not just this definition, but really what is it, based on the origin, and how is it fueled?” Warren said.

From that, a call to action was sent out to faculty who wanted to be a part of a race and equity group tasked with looking at these issues from a long-term perspective.

With so many interconnected elements of racial and cultural proficiency, Warren said, the school is looking at every aspect of school life, from curriculum to policy.

“Really just as an environment. What does it feel like when a student walks into this building? Is it representative of the richness and diversity of the students we serve?” Warren asked. “Whether it’s what is hanging on the walls or what you are teaching in the classroom, to what you eat in the cafeteria.”

The race and equity group, composed of 14 faculty and staff members that represent a broad swath of disciplines and functions at MVRHS, brainstormed an action plan that details ways to not only dismantle systemic racism in school, but to celebrate the diverse nature of the student body.

Warren stressed that by looking at these issues through a holistic lens, the high school is not just addressing inequities toward the black community, but all people of color and minority groups that make up the student population.

Over the past several years, Warren said, the Brazilian population at the high school has grown dramatically.

He added that the school is also looking at social issues in the LGBTQ community, and making sure to identify, educate on, and celebrate the collective of marginalized groups.

One example of work the high school has been doing for a long time is the race and culture retreat, where students come together to deepen their awareness and understanding of diversity issues. But now, the school is looking to take that invaluable experience to a much larger portion of the student body.

“That retreat can only serve 50 kids — it’s very powerful, but very hard to replicate on such a massive scale,” Warren said. Even though the scope of work is daunting, Warren said, it’s essential to offer that experience to as many students as possible.

There are also a number of new initiatives at the high school that identify issues of bias inequity, and provide a compassionate environment for people of color.

Amy Lilavois, adjustment counselor at MVRHS, started a women of color group that consists of alumni and current students talking about their past and current experiences.

The school also recently launched the black student alliance, which not only provides a safe space for students of color to communicate, but also offers opportunities to collaborate with white students who seek to serve as allies and advocates of this work.

The Black student alliance recently completed A Long Talk, an anti-racism activation experience, and is doing work on social justice imagery in art, music, and many other facets of school life.

For the English Language Learner (ELL) population, which consists largely of Brazilian students who speak primarily Brazilian Portuguese, the school has established a newcomers group that provides support for kids who are transitioning into the Island school system.

Although some of this important work has culminated during Black History Month, Warren stressed that it’s not relegated to February, but is being instituted year-round.

In order to eventually reach a place of acknowledgement as to how far Black and brown people have come, Warren said, the school must first address the foundational roots and origins of systemic racism. “It’s really this balance — why are you always teaching Black history through the lens of oppression?” Warren said, and continued to say that while the high school is approaching this kind of education in a multitude of ways, “you have to start in that place that is not comfortable, because until we look at the history, we cannot accurately or meaningfully understand all that went into getting to where we are now.”

Along with work being done inside the school, Warren said, it’s important for school committees across the Island to look at these practices, and invest in programs that will lend to cultural proficiency.

By recognizing that exposure to diverse educational and experiential opportunities is inherently connected with student learning and achievement, Warren said, the Island will take its education system “to the next level.”

“This work needs to happen holistically,” Warren said. “We can’t see these issues as separate from one another — It’s time. It’s time for us to bring on new, diverse perspectives and approaches to these historical challenges that make us a stronger and more inclusive school community.”