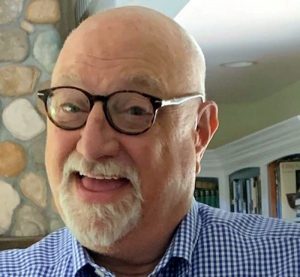 He grew up in Bethlehem, and graduated from Liberty High School. He attended Penn State University in University Park, Pa., during its football glory days, and remained a lifetime fan.

Hardworking and driven, he became a young regional manager for the Xerox Corp. His executive sales career continued with software security systems for governments and educational institutions.

Dennis approached fatherhood with the same zeal, and no matter the work commitments or length of his commute, he made time to be an active, involved parent. He could be found taking bread-baking classes with his 8-year-old, driving the extra distance for a certain ballet teacher, or rising for early-morning preparations for a horse show. Father/daughter Indian Guides was another shared activity. As his daughters grew, it became father/daughter dinner dances, field hockey games to cheer, and many other school activities.

As a husband, he agreeably navigated the whims of his loving wife. These ranged from disco dancing lessons, restoration of an old stone farmhouse, a new build or two, to a serendipitous transition from vacationers to year-round residents of Martha’s Vineyard, where for 15 years the family enjoyed many friends and endless activities. A later-life career meant a move back to Pennsylvania.

Dennis reveled in travel, especially to Paris, with nightly cruises on the Seine. It was his belief that it was respectful to at least try to communicate in the language of the visited country, though not always successfully, to the giddy delight of his family. However, he always seemed to be a favorite of wait staff and other locals.

Collecting cars was his one indulgence, a modest collection of very specific models at very specific, skillfully negotiated prices. His gifts to others were thoughtful and especially creative. Canine members were given much the same love and care as the rest of the family, Chelsea, Bruno, Cooper, Klaus, Lennie, and the surviving Zoey and Daisy being among them.

Missing New England, the pair returned, choosing Cape Cod for its beauty and convenience. Dennis was very happy living on the Cape, fond of the friends he made and the people he met. A visit from Rebecca’s mahjong girls made his day. The Patriots and the Cape Cod Symphony contributed to his enjoyment.

He was a member of the Cape Cod Men’s Club, the Cape Cod British Car club, and the Dennis/Yarmouth Newcomers (“so many nice people in one club,” he observed).

He is survived by Rebecca, his wife of 50 years, and daughters Tara Ward of Dennis and Megan Ward and her partner Dan Strom of Sandwich. Also surviving are his brother Bruce and companion Kim Hogan, and a niece, Alyssa Ward and husband Shawn Campbell. Services will be private, and a celebration of life will be held in late summer or early fall.

In lieu of flowers, a donation may be made to any animal rescue organization. For online condolences, please visit bit.ly/DoaneBealeWard.