Corinne de Langavant is a performance artist and founding director of M.V. Ice Theater productions, and she has produced a charming and informative coloring book — “The History of Skating and the Ballet Connection,” whose subtitle is “Featuring the ballet connection and how it can teach us how to skate.” You certainly do not have to be a kid to enjoy the book. Through it you learn not just about skating and ballet but lots of little-known facts about history.

As it turns out, figure skating and ballet have a lot in common, even though skating predates ballet by hundreds of years. Perhaps most fundamentally, both skaters and ballet dancers must appear to fly through the air or move through space with “the greatest of ease.” The ice makes rotation and height very easy to access, due to the lack of friction. The physics of skating allow one to pick up speed and height easily to be able to practice good technique. Ballet dancers, on the other hand, have to fight gravity to generate height, speed, and rotation, with only their muscles to help them.

Langavant points out that skating and ballet are entwined in the most fascinating historical way. Before sharing some of the compelling information, it is important to visualize this book, which appears more sophisticated than a regular children’s coloring book. The black-and-white line, pen-and-ink-type drawings complement the text on each page, with accessible illustrated instructions of basic ballet moves and positions that are a good primer for the uninitiated in either art form at the back of the book.

As it turns out, skating did not start out as an art form. Some 10,000 years ago, prehistoric hunters in the Arctic whittled blades out of animal bones and deer antlers in order to chase and carry their prey on ice. Skating was a way of life in 17th century Holland, where the Dutch developed steel blades and would play games, race, and invent partner dancing on their frozen canals. They also had entire infantry divisions on skates, as did the French, whose use played a part in the War of Holland in 1678.

The major event in the skating/ballet connection was with Catherine de Medici in medieval Italy. Langavant writes that as a lover of figure skating, she and her courtiers did “figure drawing,” walking in intricate figure-eight patterns on the ballroom floor, thus giving birth to a form all its own called ballo, balletto, and or balli/balletti, and finally evolving into ballet. Louis XIV has been credited as having invented the five positions fundamental to classical ballet, and in fact, they replicate the five basic positions one needs to control and master skating. Langavant tells us that Louis XIV performed in the first Opera de Paris, and practiced ballet for several hours a day, convinced it made his decision making clear and divinely led. Langavant cites the book “Ballet 101: A Complete Guide to Learning and Loving the Ballet,” by Robert Greskovic, as one of her best sources for studying the history of ballet.

There are so many more juicy, intriguing tidbits about skating and ballet, all of which keep you turning from page to page whether you are interested in coloring in the figures or not.

“Today, skating is still revered as one of the most popular and invigorating outdoor activities; helping people endure the cold, winter months, and ballet, as it turns out, is the best way to train the necessary muscles to instill muscle memory for beginner skaters,” Langavant recently explained. “Since there is no ice time for indoor public skating now until further notice, and since we seem to be having a colder-than-usual winter, people can practice ballet on their own at home, imitating the simple diagrams at the end of the coloring book.”

Langavant has presented her history of skating and the ballet connection theory and given workshops several times in various Vineyard libraries and at Pathway Arts. She also has produced several live shows. You can view videos on mvtv.org. (Go to “Video on Demand”; then in “subject,” type in “Coco and the Big Kids,” and select “The History of Skating and the Ballet Connection” and the “A,B,C’s of Skating” instructional video.)

“The History of Skating and the Ballet Connection” coloring book is on sale at Cronig’s Market in Vineyard Haven and at the Edgartown Bookstore. For more information, email corinnedelangavant257@gmail.com or call 508-423-9566. 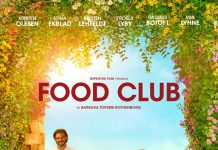