Martha’s Vineyard traveled to Sandwich on Monday for the opening round of the Cape and Islands League Atlantic Division girls basketball tournament. The Vineyarders and the Sandwich High School Blue Knights split their two regular-season games, with each team winning at home.

In the rubber match, MV held the hosts in check for the first quarter, but fell into a deep 29-10 hole by halftime. Senior captain Kylie Estrella took charge in the second half, scoring 18 of her team-high 21 points and all five of her free throws, but Sandwich more than kept pace, and advanced to the semifinals with a 68-39 win.

“Sandwich, with their experience, turned it up an extra notch, and it was a little bit more than we could handle,” Vineyard Coach Sterling Bishop said. “There was only so much we could do defensively. We didn’t come alive offensively until the second half, but at that point it was too late. The girls, they held their heads high. They walked off the court with smiles on their faces, and they enjoyed every moment of the season.”

Five players shot in double figures for the well-balanced Blue Knights. Sierra Brigham led all scorers with 22 points, Grace Cohen had 12, Victoria McGittigan and Ryann Cobban scored 11 each, and Katelyn Kramer had 10.

“She’s very talented. She played hard, she played well,” Coach Bishop said of Brigham. “We tried the best we could defensively, but we made a lot of mistakes offensively, and it cost us.”

Kylie Estrella started off quietly, with just a trey in the first half, but she quickly caught fire in the second. “As a senior playing in her last high school basketball game, we pulled her to the side and kind of gave her the green light,” Bishop said, “basically saying, at this point, ‘There’s no tomorrow, we’re already down. There’s no holding back at this point. Just go and do what you’ve been doing for the past four years, but do it with pride. Do it with intensity, and just go.’ And she did it. She stepped up, she took charge, and she became a vocal and physical leader by example.”

In summing up a season so unlike anything that has come before, Coach Bishop stressed the important role that sports plays in a student-athlete’s life. “I think that the most important thing about this season was the simple fact that we were able to have a season, and that the kids got an opportunity to play a sport that they love. They got to socialize, they got to bond, and they had that experience. What I admired most about my group was their dedication, their commitment, and their resilience, and the support of their parents and families. It was appreciated all around, and we’re fortunate to actually have this happen.” 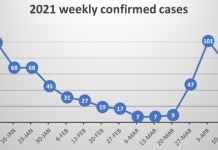 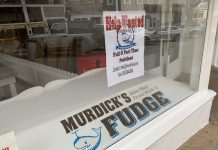