Martha’s Vineyard Regional High School (MVRHS) offers athletes the chance to play many traditional sports, including hockey, football, basketball, softball, baseball, and lacrosse. Now, thanks to the pandemic, a new sport has been created: noball.

Due to COVID-19, all sports that involve passing objects between players pose a threat of viral transmission. Sports like hockey and lacrosse can partially mitigate this risk through use of sticks, but the safest way to play is to remove the ball entirely.

“[The coaches] met via Zoom and devised noball as a safe option for our athletes,” said John Fiorito, MVRHS’ first noball coach. “I’ve coached hockey for 20 years. COVID has been tough on so many levels, but at least it gave us this sport.”

In addition to wearing a mask, face shield, and full pads, athletes who play noball must also remain socially distant from one another at all times. Some students have chosen to wear hospital gowns for extra COVID-19 protection while they play. While this may seem cumbersome, the game itself is simple, and involves players running around a field thinking about scoring points with an invisible ball.

“I don’t know why all these other sports ever needed a ball or a puck – it only complicates things. Having no ball is a no-brainer,” Mr. Fiorito said.

Like any new sport, the rules of noball are constantly evolving, which has led to some confusion during practices. At first, the invisible noball was thrown overhand, but a recent change requires underhand pitches to slow down the game and give players more time to think. Referees play an important role in noball by enforcing social distancing and mask compliance.

Not only is noball the safest sport right now, it is also proving to be both physically and mentally demanding. Sophomore Nellie Long has found the experience to be very competitive and has felt driven to play hard.

“As an athlete, I want to constantly work as hard as I can. Noball has given me an area to grow and improve as a student athlete, since it’s such a mental game,” she said.

Nellie is not alone. The FamilyID page for noball received more signups than any other sport this season. Not one to turn people away, Coach Fiorito will not hold tryouts and will accept anyone interested.

“It’s been a tough year, but it feels good to play a team sport where I can make varsity without knowing any of the rules,” said junior Atlas Zack.

However, the rise in noball’s popularity has caused issues for the other sports that share the spring season.

“I’ve heard from other coaches that they are struggling to even put together a team this year,” said Coach Fiorito. “Everyone wants to play noball.” 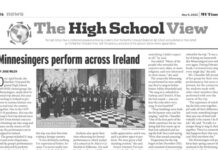 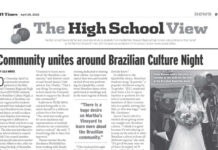