Sophomore Miguel Picacio translates for Saikai Scan, a website that enlists a comic-loving community to translate popular comics and novels from English to Portuguese.

“It’s a fan-to-fan thing,” said Miguel. “People in Brazil usually don’t speak English, so we can help make [comics] accessible to a number of people.”

Miguel is an avid consumer of comics, and frequently visited the Saikai Scan website before he became a translator for them. When they posted a recruitment notice, he decided to apply.

Miguel works with around 100 other translators on the website, who each translate a chapter per week. “It takes about three days, and two or three hours a day to get a chapter done, which is like 20 pages,” he said.

The content of the comics range from superhero drama and romance, to the supernatural or martial arts. The difficulty of translation varies between genres too. “It’s definitely easier when it’s sort of a Sci-Fi thing, there’s a lot of battle scenes that don’t have a lot of speaking or talking,” Miguel said. “When you get a romance thing, you get big text boxes to translate, and it’s really going to take longer.”

For Miguel, one of the important parts of translation is accurately capturing the original text because some expressions don’t have a Portuguese equivalent.

“I have to do these changes a lot, because expression is complex. Translation is a small and personal process,” Miguel said. 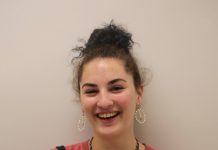 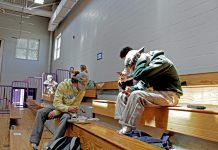 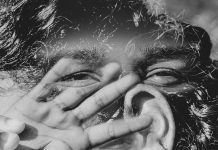