Kenneth M. Beebe (“Ken”), also known as “Dr. Play,” the name on the business card he handed to people he met with his philosophy for living — “Make play a high priority in your life, for if you die tomorrow no one can play for you, but someone can and will do your work for you” — died peacefully at home in Vineyard Haven on March 19, 2021. He was 76. 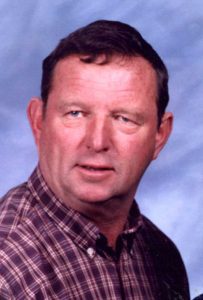 An avid fisherman and birder, despite the slow progression of Parkinson’s disease, he continued to double-haul through life, providing an inspiration to those he met.

He was a school principal in New Hampshire when his school burned down. That led to the job in Tisbury as assistant principal. When the position was eliminated, Ken decided to enter the business world, first in Boston and later living in Colchester, Vt. He retired at age 55, achieving his lifelong goal of retiring by 55.

While working in the business world, he saw too many of his contemporaries living to work instead of working to live. This inspired his becoming Dr. Play, and trying to convince people to make time for their recreation and pursuit of their passions (play).

A longtime member of the Unitarian Universalist Society of Martha’s Vineyard, Ken enjoyed giving an occasional sermon and sharing his philosophy of life.

John Kollet, an avid fly-fisherman, met Ken at the M.V. Rod and Gun Club’s “Fly Rod Striped Bass Catch and Release Tournament” in June 1994. John and his brother had come to the Island to fish. Ken wasn’t big on tournaments, but the Catch and Release, with its emphasis on fun and camaraderie, had a special appeal. He joined it every year. “We didn’t know a soul,” John said. At the tournament awards ceremony, he and Ken started talking. John told Ken he and his brother had had a good time but did not have a place to stay, and would probably not return next year.

John remembered, “Ken said, not only will you be back, but you will be staying at my house.” The next year, John met Sandra, his future wife, at the tournament, and moved to the Island. But for Ken’s invitation, he said, none of that was likely. “Perseverance, that’s one thing he had plenty of,” John said. “He never gave up.”

Ken is survived by his wife, Laura Williams Beebe of Vineyard Haven; his son, Christopher Beebe (Diana) of Dillon, Colo.; brothers James Beebe (Irma) and Alan Beebe (Doreen); sisters Elizabeth Mclntyre and Jeanne Bearor; and by numerous nephews and nieces. He was predeceased by his daughter, Karen Beebe.

Services will be private, and a celebration of life will be held at a later date, to be announced.