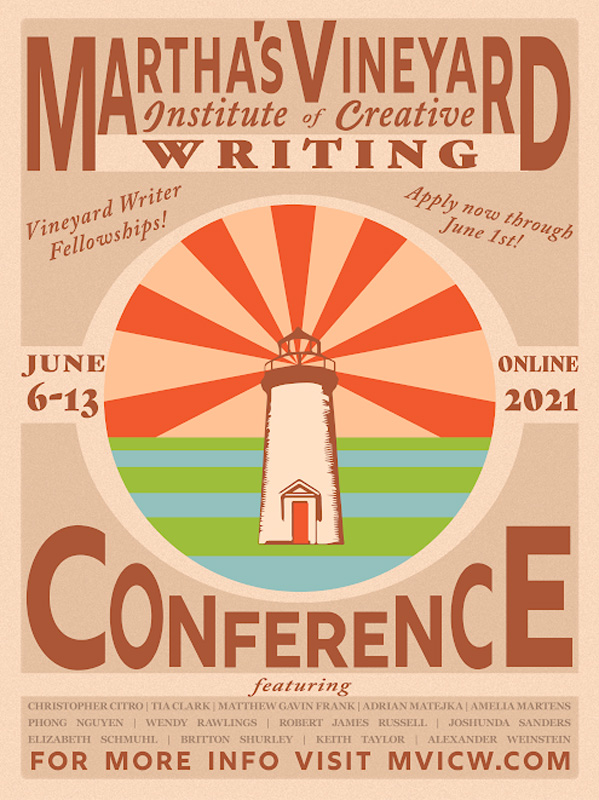 The Martha’s Vineyard Institute of Creative Writing’s summer conference will be virtual again this summer, giving it a degree of outreach that is already generating global attention to what may be one of the Vineyard’s lesser-known literary offerings. Started in 2010 by Alexander Weinstein, the MVICW is a weeklong retreat (next year in Edgartown, rather than on Zoom) where attendees spend a week together taking seminars focused more heavily on the craft of writing than the business of publishing. This year’s conference will take place from June 6 to 13.

“The vision was to create a writing community that was free from competition and the inner critic, and was a place where writers could come together,” explained Weinstein in a recent phone interview. “I had envisioned the expatriate scene of artists staying up late into the night to support one another and to create a new work.”

While gathering in person is a core element to the Institute’s success, a benefit of going virtual this summer is that attendees will have access to each of the workshops for six months. This access will surely be much appreciated, given the depth and breadth of the intriguing offerings. The well-thought-out program promises to be an immersive experience delving into a wide range of topics, including writing about love and loss, the fool’s journey, developing complicated characters, the importance of setting, experimenting with language, and the art of taking risks. There will also be workshops about literary forms such as “the hermit crab essay” and “the braided essay” to learn about and try out.

On Sunday evening, June 6, poet Dr. Leonard Slade Jr. and Weinstein kick off the week with readings from their latest books. A line in the first poem in Slade’s “Selected Poems for Freedom, Peace, and Love” fits the mission at hand: “I write the truth about the good and the bad. Nothing can stop my sword.”

Since there’s not enough space available to preview the many offerings that anyone serious about writing will want to attend, here’s a sampling. On Monday morning, Weinstein will discuss the importance of “play, curiosity, and wonder.” Tia Clark will explain how tarot cards can be an effective tool in your writing during a Tuesday afternoon session. On Wednesday morning, Wendy Rawlings explores writing in the second person, and Keith Taylor digs into the weeds of nature writing during this environmentally sensitive time. There are 28 classes on the roster, as well as evening readings, late-night lounges, and one-on-one virtual manuscript sessions. “We encourage cross-genre work,” said Weinstein. So even if your thing is historical fiction, don’t be shy to dip into the braided poem.

“This has been a big growth year for us. We have over 350 attendees right now from all around the world,” said Weinstein. “We have gathered our most popular teachers from all the past years and created this online platform.”

Weinstein is the author of two short story collections and a professor of creative writing at Siena Heights University. He founded the MVICW in 2011. “My hope was that people would come and write, and it would be rejuvenating, and that they would be able to be free from both the external criticism that is often in the writing world and the internal worries and criticism, so that they could produce. And that happened.”

The workshop’s emphasis on community building and support while teaching craft is an important ingredient of the uniqueness of this particular writers’ workshop. “I came through the M.F.A. programs, and so I kind of earned my scars, as they say, through the model where your stories are torn apart and dissected,” said Weinstein. “This can often leave a really negative shadow inside of the writer, which is never feeling like your work is good enough. And I wanted to invert that.”

Weinstein added, “I think in some ways we [the MVICW] are kind of a rejuvenating spa.”

There are still spaces and fellowships available (thanks to being virtual) for this year’s summer conference. To register for this summer’s conference or to apply for a fellowship, visit mvicw.com. For more information on this year’s Islanders Write event, another opportunity to learn about the craft, visit mvartsandideas.com/islanders-write. 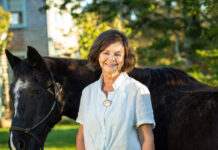