Back in the 80s, before the Land Bank acquired the Duarte’s Pond property and removed the buildings there, I lived on the edge of the pond in a freestanding converted garage. Nestled into the side of a low hill, the two-room house was fit for a hobbit. Ceilings I could touch without stretching. A built-in elevated bed that pressed up against a small, screenless window that opened directly onto the hill, which I left propped open most nights. One morning I awoke to find a tiny frog in the water glass on the far side of the bed. He must have come in through the window and hopped across my sleeping body to the night stand. Ah, wildlife. Muscovy ducks wandered into my kitchen uninvited. Adolescent Canada geese, like gangly dinosaurs, lurched around the yard. Turtles and dragonflies. Birds and bats and fireflies. Magical.

Then one night a hefty orange cat catapulted through the bedside window onto my pillow. I was startled but not afraid. He was clearly an affectionate domesticated fellow. He had no identification. Repeated attempts to locate an owner failed. Every day I put him outside hoping he would go “home,” wherever home was. But he didn’t. He was persistent, coming back through the window day after day. If I closed the window, he sat outside and cried. After a week, I surrendered. I named him Lord Peter Wimsey. I had been adopted. Peter and I lived together happily until I also took in Heidi, an elderly blind labrador with diabetes. Peter liked Heidi well enough, but didn’t like that she had accidents in the house. He soon decided he, too, would urinate inside our hobbit home.

Feline Inappropriate Elimination (FIE) is one of the most common reasons cats are turned over to shelters or euthanized. The causes are varied and complex. Diagnosis starts with ruling out medical problems. Let us enter the Realm of Acronyms. Feline Lower Urinary Tract Diseases (FLUTD) is a catch-all phrase for a number of diseases affecting the bladder including Urinary Tract Infection (UTI) and Feline Interstitial Cystitis (FIC). Ruling out FLUTD requires a urinalysis and, ideally, urine culture. Bacterial infections are most common in older cats and are easily treated with antibiotics. FIC is more problematic. The definitive cause is unknown, although stress is clearly implicated. There is no consistently effective treatment. Regardless of the etiology, that irritated bladder results in an increased urgency to urinate. Affected cats will often pee in odd places, as though trying to show you they are in distress. The sink. The floor. Your shoes. Increasing fluid consumption, decreasing stress, and certain dietary changes may help. FIC often resolves spontaneously, but tends to be recurrent.

I ruled out medical causes for Peter Wimsey’s urination, leaving a diagnosis of behavioral FIE. Now I had to rule out litter box aversion. Behaviorists recommend cat owners provide one litter box per cat plus one extra. I put out three. The boxes must be immaculately clean. No one likes to use a dirty, smelly bathroom. I cleaned the boxes daily. Some cats are particular about the texture of their litter. It’s good to give choices and see what they like. Clumping, clay, unscented, paper. Location is also important. Cats like to feel private but not trapped. Some hate litter box liners or covers. If I provided Wimsey with the perfect bathroom environment, maybe he would use it. But despite everything, he continued to urinate on the carpet. Next I tried a variety of psychotropic medications touted to help reduce FIE. They helped a bit, but not enough.

One thing cat owners can try nowadays that wasn’t available back then is Feliway. You know when a happy cat rubs up against something with her face? She’s actually marking the spot with a pheromone she can smell, even though you can’t. It says “this is my happy place.” Feliway mimics feline cheek pheromone. When sprayed in the desired areas, it should inspire the cat to replace urine-marking with cheek-rubbing. I have often found Feliway extraordinarily effective. (Ask me about Baby Buck, my cat who liked to pee in the toaster!) But Feliway wasn’t an option back then and I was at my wit’s end. I couldn’t live in my tiny house with a cat who peed everywhere. On the other hand, I loved him.

So I tried something different. I “re-programmed” him. I moved Lord Peter into the veterinary clinic where I worked, boarding him there for a month in a large kennel with a pristine litter box to use every day. Meanwhile, I steam cleaned every carpet, cleaned every surface, and blocked off his favorite inappropriate place to urinate — under the platform bed. Heidi had passed away months previously, so the house was now 100 percent urine free. At the end of the month, I brought Wimsey home. I was lucky. He never urinated inappropriately again. Hallelujah.

Now I have another friend — an extremely shy, anxious kitty named Jellybean. She has lived most of her life with several other cats, traveling back and forth every year between her Island and winter homes. Even as a young cat she often urinated inappropriately. Her family tried various treatments for many years with only limited success. Jellybean needs to be “re-programmed.” For optimum chance of success, she needs to be rehomed to a situation where she is the only cat, and where she doesn’t have to travel. She needs a cat-savvy, patient person willing to take on the risk of adopting her, willing to put in the time to work through her shyness and to medicate her anxiety, willing to see if Jellybean can learn to feel safe and to urinate appropriately. She might eventually benefit from a rural situation where she could safely go outside. Jellybean is currently living with the wonderful folks at the Animal Shelter of Martha’s Vineyard. If you think you might be that special someone for this special needs kitty, please call Lisa there at 508-627-8662. 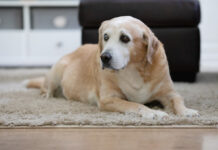 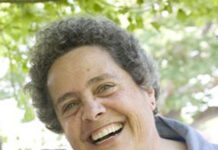 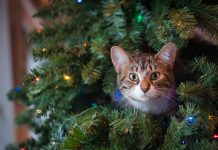