Ernest O. Barrett Jr., 84, of Vineyard Haven, passed away on May 26, 2020, at the Martha’s Vineyard Hospital. He was the husband of Lucinda (da Rosa) Barrett. 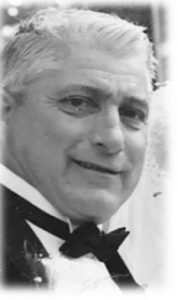 Ernest was born on June 6, 1935, in Oak Bluffs. He went to Tisbury School, and at a young age his dad was killed in an accident. Ernie, at the age of 16, left school to work so he could help support his mom, brothers, and sister.

He served for two years in the U.S. Army, stationed in Landshut, Germany, and doing border patrol along the Czech border during the Czechoslovakian crisis.

Returning from the service, he worked for Carroll’s Trucking, Rogers Trucking, Coca-Cola Co., and E.C. Cottle as a truck driver, and years as a lumberyard worker for Cottle’s. He worked for General Dynamics in Quincy as a shipfitter on several ships for the U.S. government, including the USS Wichita. He returned to the Island and worked with Doyle Construction. He worked with J.K. Scanlon as a clerk of the works to build the first Woodside Village, Island Elderly building in Oak Bluffs, and as a clerk of the works for the West Tisbury School. After that, he worked for the Steamship Authority, and the Vineyard Transit Authority as a bus driver, until he retired.

Over the years, Ernie and Lucinda (“Cindy”) traveled on many trips, especially to many places in Quebec and Ontario, Canada. They enjoyed many trips to New Hampshire and Maine, where they visited with great friends they had met over the years. Over the past couple of years, since he retired, he enjoyed time with friends, socializing and talking over the news of the day.

A graveside service will be held at the Oak Grove Cemetery in Vineyard Haven on Monday, June 14, at 11 am, officiated by the Rev. Michael Nagle with military honors provided by the veterans of Martha’s Vineyard.