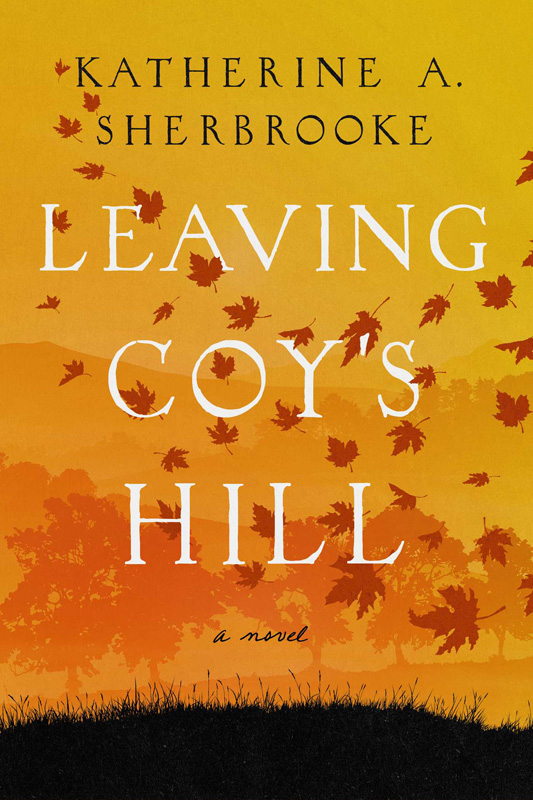 Katherine A. Sherbrooke has written a gripping and important fictionalized memoir of Lucy Stone, fierce abolitionist and the earliest public proponent of women’s rights and suffrage in our country. Sherbrooke’s “Leaving Coy’s Hill,” a reference to the West Brookfield farm at which Stone was born in 1818, brings her into the light.

Stone, a Western Massachusetts farm girl with a vision not only to publicly call for the abolition of slavery, but also to advance women’s rights and women’s suffrage, broke the barefoot and pregnant mindset our male-run culture had long reserved toward women.

Stone was a solitary women’s voice more than 180 years before #MeToo, and it’s a head-scratcher that our history has not lionized her as it has Susan B. Anthony, Elizabeth Cady Stanton, and other pioneering women who Stone mentored in the mid-19th century fledgling rights movement.

The journalistic and literary stakes were high for Sherbrooke in this book because she chose a fictionalized approach rather than an impersonal academic one. She has researched the soul of her protagonist. Had she opted for a dry academic rendition, it’s unlikely you would be reading a review right now unless you subscribed to scholarly reviews.

We are able to know Lucy Stone through dialog that Sherbrooke has created and which the author judiciously leavened with Stone’s own words, largely by poring through thousands of pages of correspondence

The Times’ Kate Feiffer talked with Aquinnah seasonal resident Sherbrooke on that topic.

“I briefly considered writing her story as nonfiction, but I really wanted to inhabit her person, to imagine what it was like to step onto a stage in front of snarling men and speak at a time when that was considered scandalous for a woman, or to imagine the content of her conversations with Susan B. Anthony and Elizabeth Cady Stanton,” Sherbrooke said.

“Thanks to troves of letters between Lucy Stone and those important to her, I was able to get a pretty good sense of how she thought, and even how she spoke, but staging actual interactions is another thing altogether. I wanted to breathe that kind of life into the story, and could only do that through fiction.”

We need to understand the gender culture of her time to understand the enormity of Stone’s accomplishments. A woman’s place was between that of a slave and an indentured servant, subservient to her husband-master. A woman could leave an abusive marriage with only the clothes on her back. Children stayed with the father. All the assets, including those the wife had brought to their marriage and any created by her in the marriage, belonged to the husband.

Men needed to be educated. Women did not need education, the theory went. Women did not make public speeches, certainly not in the mixed company of men. Stone tutored and saved enough money to fund herself at Oberlin College in far-off Ohio, which had begun accepting women, and entered as a freshman at age 26.

Stone knew she had a solitary journey and that each step had to be planned. Her father, though a full-blooded abolitionist, would not support her quest or the courses she wanted to take. Oberlin initially denied her enrollment in a rhetoric class, for example, because it was reserved for men and how would the skill serve her since women did not speak publicly? She persevered, and being the sole agent of her own tuition — not needing Dad’s approval — and was admitted. Money well-spent. She tutored to pay tuition, and demanded and received the same pay as men.

At Oberlin she met other women with dreams, including Nette who would become the first ordained woman in America. Stone’s sister-in-law became the first licensed woman doctor, all feeding off Stone’s passion.

She began to speak publicly for abolition, attracting the attention of freedman and famed orator Frederick Douglass and abolitionist/publisher/rich guy William Lloyd Garrison. They put her on the road for months at a time.

After several years touring on the road for abolition, Stone began to mix in women’s rights comments in her speeches. At this point, she was good at ducking rocks and tomatoes so the ensuing firestorm was not her first rodeo. Douglass and Garrison phumphed mightily about this women’s business but when she resigned in protest, they made the deal: women’s rights on weekday nights, abolition on weekends (when gate receipts were higher). And tried to cut her pay.

For her entire life, every step was a journey in itself. Same with love. She met a guy who ‘got her,’ wanted to marry her. They rewrote the marriage contract as a free and equal relationship, each with their own assets and she kept her maiden name. We are talking about the 1850s here. No one did that.

Her marriage was full of the same good news and bad news everyone faces. A beautiful daughter, then a stillborn son. A good man who required the faith and patience of his wife. All this while battling for women’s suffrage on the national stage.

Stone always held to her enlightened principles and acted on them, all in exquisite detail here. There was pain, including the loss of friendship with Stanton and Anthony over support for the Fifteenth Amendment, which gave the vote to all men but not women. Stone was excoriated by her former friends for demanding women be included in the amendment. Stone would not accept the men-only language and would not support the amendment as written, a schism that may have dimmed her national luster. Then too, Anthony wrote a history of the suffrage movement that largely excluded Stone. And we know that those who write the history tend to end up being the history.

Stone continued speaking her truth until cancer ravaged her body. The 19th Amendment to the Constitution guaranteeing the vote was ratified by Congress in May, 1920 after a majority of states individually had granted women suffrage. Stone did not live to see the language she spent a lifetime seeking, that “the right of citizens of the United States to vote shall not be denied or abridged by the United States or by any State on account of sex.”

Lucy Stone died in Dorchester in 1893 on a property not unlike her Coy’s Hill childhood home. A Dorchester elementary school named for her is still in operation there.

Sherbrooke delivers a clear voice for Stone for us, with dialog that mirrors the messaging we read in Stone’s writing. Sherbrooke will speak at the two-day Islanders Write (IW) conference in September, sponsored by this newspaper.