For more than 12,000 years, members of the Wampanoag Tribe of Gay Head (Aquinnah) have called Martha’s Vineyard home.

Long before white settlers arrived on the Vineyard, Nantucket, and the Elizabeth Islands, the Wampanoag people were fishing, farming, making art and music, and continuing the many ancient traditions of one of the oldest Indigenous civilizations in America.

Today, the tribal members of Aquinnah are proudly carrying on those ancestral customs, and passing them on to their families and children.

The Aquinnah Cultural Center (ACC) is at the heart of education and awareness of Wampanoag history and culture on Martha’s Vineyard, and a new exhibit at the Aquinnah Wampanoag Indian Museum (housed in the cultural center) offers a treasure trove of knowledge that illustrates just how vast the Wampanoag nation was, and how many tribal members are still working to revitalize the millenia-old practices they hold dear.

The newest exhibit will consist of 10 panels, each with content related to a certain theme or historically significant period in time. There is also an interactive video kiosk that contains pictures and videos created and curated by members of the Wampanoag Tribe of Gay Head.

Steven Peters, the developer for the exhibit, told The Local he hopes he can give folks a broad overview of Wampanoag culture, traditions, and history on the Island, through the lens of Wampanoags who live here.

Peters explained that there are many misconceptions about Wampanoag history, and he hopes the exhibit will provide a more “connected” account than the conventionally known, Western perspective.

As people walk through the space, they will be able to learn first about the Wampanoag creation story, including the tale of Moshup — the benevolent giant who settled on Noepe (the original, Wampanoag name for Martha’s Vineyard) and created many of the landscapes and distinctive features of Aquinnah that we see today.

The fascinating creation story doesn’t end with Moshup, and it’s just one piece of the expansive story.

Peters also said he hopes the exhibit will show people just how large the Wampanoag nation was, and how far it still reaches. Through a map developed by the ACC, Peters said, folks can learn about the many different villages in the Wampanoag nation that existed prior to European colonization.

“Then we really take people through a darker period of history where we start talking about the impact the Europeans had on the Wampanoag, both through slavery prior to the pilgrims’ arrival, and then what ocurred following their arrival with this period that was basically just forced assimilation,” Peters said. “There is the removal of language, dancing, music, ceremony, art, and many other traditions of our people.”

After illustrating the Indigenous slave trade and the arrival of the pilgrims, the exhibit forrays into contemporary times, as the movement to revitalize Wampanoag traditions and reintegrate them into everyday life for tribal members is underway.

Peters said the initiative started in the 1960s, and came to prominence with the National Day of Mourning, which is held on the same day as Thanksgiving, and honors Native ancestors and the struggles of Native peoples to survive today. According to the United American Indians of New England website, it is also a day of remembrance and spiritual connection, as well as “a protest of the racism and oppression which Native Americans continue to experience.”

“Things like our language and our powwows, these are the elements that we are trying to reclaim, restore, and preserve — things that have been silent for so many years,” Peters said.

In order to make a lasting impression on those who visit the exhibit, Peters said, he and the other curators try to bring as much emotion in as possible.

“We want to give people a holistic look at a really big piece of history that is often largely misunderstood or misconstrued,” Peters said. “One way to have people remember what they see in the exhibit is to illustrate the immense hardships of Wampanoag who lived through these events.”

Through the creation of illustrations, maps, art, and photographs, Wampanoag artists and craftsmen in Aquinnah are also contributing to the exhibit.

Robert Peters, an Aquinnah Wampanoag tribal member, has been commissioned to create the illustrations, and other tribal members have made videos, conducted photo shoots, and reenacted some of the most significant historic moments in Wampanoag history, such as the capturing and later return of Epenow, know in conventional Western history as Squanto.

“Those images will go along with the texts that tell those stories. Other pieces like the National Day of Mourning, we really had to dig into the archives and find some images to illustrate that,” Peters said.

Another central goal of the exhibit, according to Peters, is for people to walk away with a new perspective on the history of Martha’s Vineyard, and a newfound approach of questioning the  history that many may have once held as irrefragable.

“We really want to encourage people to question concepts such as civility and savagery. Who was civil and who was savage? Who has had the privilege of telling the history up until very recently? We certainly can’t tell 12,000 years of history in one single exhibit, but what we can do is hopefully spark peoples’ interest to go out and find the full truth through additional research.”

ACC program coordinator, Brad Lopes, said he looks at the exhibit in several different ways. He said his goal as an educator and an Aquinnah Wampanoag tribal member is to provide a “more whole story, and a more justified story,” than what is conventionally told.

He explained that the Wampanoag tribe is often related with Thanksgiving, but there are many misconceptions about the Tribe’s role, and the actual events that took place. One of the goals of the exhibit is to dispel those misconceptions and tell the history of colonization from the Tribe’s perspective.

The working title for the exhibit is “From the Land: Colonization and Preservation of Wampanoag Culture,” which Lopes said he got from a Mashpee Wampanoag tribal elder who used to tell him “when we talk about history, we usually talk about it two ways — from the land or from the boat.”

Lopes said the perspective “from the boat” is distanced and partial, and refers to the European view of colonization, whereas the view “from the land” is more connected, because now the story is told from multiple perspectives, not just colonizers or settlers.

Additionally, the exhibit highlights all the ways the Wampanoag people are continuing to resist colonization, and celebrate their culture by passing it onto future generations, and sharing it within the tribal community.

“We resisted colonization, and still are in the process of decolonizing ourselves as a people, as a tribe, and as an institution. Our story is one of survival and resilience,” Lopes said. 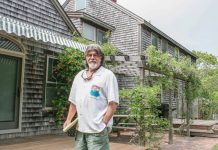 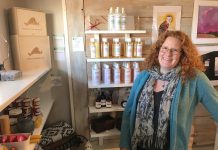 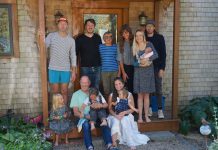