The game was played at Penn Field in Oak Bluffs, and saw the Pirates beat out the reigning champion Cubs. The win was even sweeter for the Pirates, who lost to the Cubs in the playoffs last year.

Speaking to The Times by phone, Pirates Coach Jeremy Light was proud of his team. He said Chris Cardoza, who’s been an anchor for the team all year, pitched five brilliant innings. William Nicholson had a key hit for the team in the fifth inning, and secured the lead the Pirates never gave back.

“We were down most of the game, rallied, and put up four,” Light said. “We ended up closing in the last inning.”

The game ball went to Blake Kingsley for making the final out on a stolen base.

In addition to the 3-0 playoff run, the Pirates also had the best regular-season record, going 12-2.

“It was a competitive game, kids played hard, and found a way to come out on top once again,” Light said. 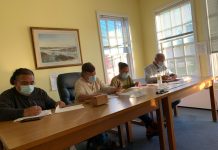 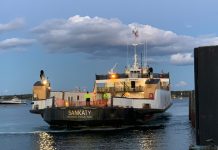