The Floaters led 4-1 after two innings, and exploded for 16 more over the next four. Keith Crossland, sporting a classic 2004 jersey of the long-defunct but fondly remembered Makos, reached base four times, and scored four runs for the Floaters. Rickey Eddleston scored three runs, with Ben Ferry, Stephen Sanborn, and Keith Sullivan adding two runs each.

The Highlanders bats were largely dormant until a seven-run outburst in the fifth inning. Brothers Axel, Kip, and Nainoa Cooperrider, along with father Seth, all singled, as did Johnny (“Mazz”) Mazza (5 for 5 on the night) and pitcher Danny Merry. The Highlanders added four more runs in the bottom of the seventh, but it was too little too late.

In the first game of the evening, the Whitecaps slugged their way to a 22-6 win over the defending champion Blazers. Luke Brewer hit a two-run homer for the ’Caps, and Ben Brittle went 3 for 3 for the Blazers.

The league is on hiatus until after Beach Road Weekend. The current standings: Highlanders 9-4, Whitecaps 8-4, Brewhas 6-6, Blazers 6-7, Floaters 3-11. 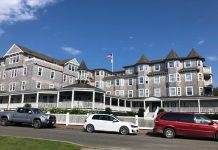 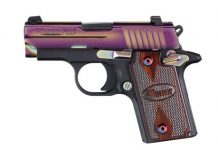