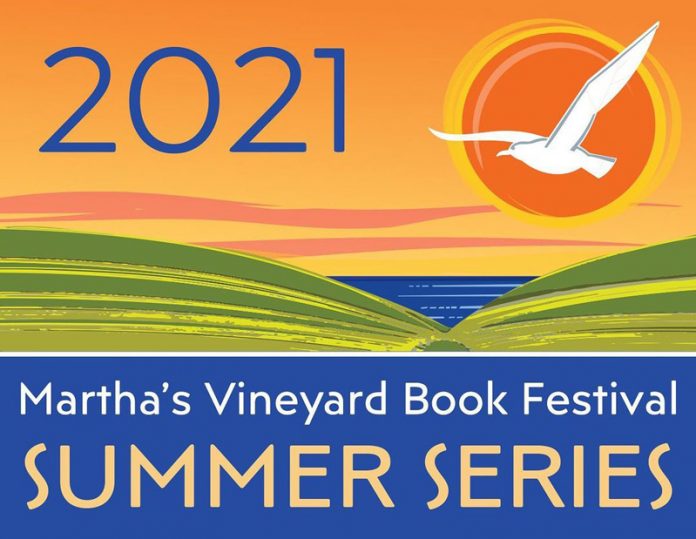 Nobel laureates and Pulitzer Prize winners come to this year’s M.V. Book Festival next month, August 5 to 8. Modelled after the National Book Festival in Washington, D.C., founder and director Suellen Lazarus began the festival through the Chilmark Community Center’s evening lecture series in 2005. In 2012, they began having the author series bi-annually, alternating with the book festival years.

This summer was supposed to be a festival year, but because of COVID, Valerie Rosenberg, chief operating officer, explains, “When we started doing the planning, we didn’t know what was going to be allowed. This summer ended up being more of a hybrid, which is the best of both worlds for a lot of people. In addition to the live four-day festival, all the programming will be live-streamed for free. If you don’t feel comfortable coming out, can’t get tickets, or are not on the Island, you can still participate. It’s lovely that we’re able to do both this summer.”

The live event will be a little different too this year. Because of limitations on audience size, everything will be pre-ticketed and attendees will purchase the books associated with their package when they sign up.

All events will be pre-ticketed in advance and no walk-ups are permitted. Sign up for announcements of when tickets become available on their mailing list at mvbookfestival.com.