The 25th edition of the Vineyard Football Instructional Clinic got underway on Monday afternoon at the MVRHS practice field.

Varsity Head Coach Donald Herman, along with assistant coaches Jason O’ Donnell, Albie Robinson and Zeke Vought, put the 25 participants through various agility drills at the start of the two-hour session before proceeding to a series of offensive sets. Tuesday, the focus was on defense.

“It’s the idea of getting them out here and running,” Coach Herman said. “Getting some of the dust off and trying to get them into more of a normal routine that they’re more accustomed to. Getting them to think of football now, having some fun, running out here, low-key but still learning and that’s important.”

The non-contact drills and training clinic, open to players in grades 7-12, runs until Friday, with the emphasis alternating from offense to defense each day. This year, no equipment (helmets, shoulder pads) was issued or required.

The clinic started in 1996 with Coach Herman joining three former players from the University of Connecticut. “Lou Hall, Brian Usher and Mike MccCarthy, those three played together at UConn,” Herman said. “Mike is the one that got us starting the camp to try to get caught up with us not being able to go off-island for seven-on-seven stuff.”

With the start of the new season just over a month away, Coach Herman is hoping to have around four dozen players to work with.

“We currently have 60 kids signed up, knowing darn well we’re not going to have 60 kids, because everybody’s a football player this time of year,” he said. “I think a realistic shot would be between 45 and 50 kids.”

With those numbers, the Vineyarders will also be able to field a jayvee team but scheduling could be tricky because not every Vineyard opponent has a jayvee team.

The first football practice is scheduled for August 20. Family ID is open for football. All prospective players must be registered and approved on Family ID, which includes a valid physical (good for 13 months). With approval, the player is good to go. Players can go to the high school website www.mvrhs.org, click on the athletic department’s trainer’s link, and proceed to the link for Family ID. 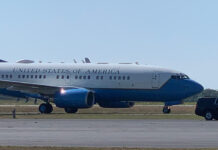