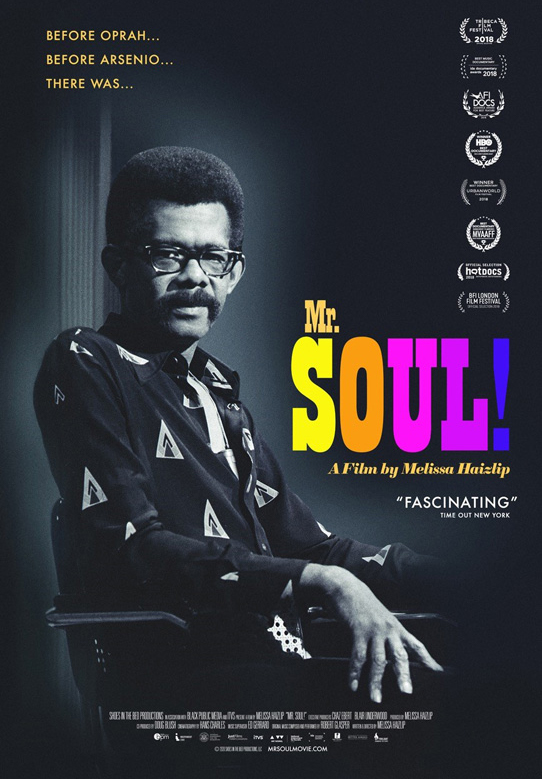 The documentary “Mr. Soul!” about Ellis Haizlip, comes to the M.V. Film Center for one night on Tuesday, August 24, with director Melissa Haizlip in attendance. The Critics Choice awardwinning director is Ellis Haizlip’s niece. “Mr. Soul!” joins two other “soul” films: Aretha Franklin, the Queen of Soul, portrayed in the movie “Respect,” and “Summer of Soul,” about the 1969 Harlem music festival that rivaled Woodstock at the time. All three films have been shown or are showing at the Film Center this month.

Ellis Haizlip produced and hosted the first Black variety TV show in America, “Soul!” The director called it “the greatest show you never heard of.” It appeared on public television from 1968 to 1973. Actor Blair Underwood narrates for Haizlip in the documentary.

The film begins by listing many of the popular shows on television at the time that featured white actors, and points out that there was not a single Black in front of or behind the camera. It was a time of unrest; the civil rights movement and the women’s movement had been established, and the Black Power movement launched. In place of images of Black violence and poverty, Haizlip gave exposure to musicians, poets, writers, dancers, and activists on his variety show.

He included a two-part conversation between poet Nikki Giovanni and author James Baldwin, unheard of at the time. Musicians like Ashford and Simpson and Miriam Makeba also performed. The goal was to provide audiences with the full range of Black culture.

And Haizlip didn’t shy away from politics. He included events like the 1970 Black Caucus dinner in his programming, and interviewed public figures like Kathleen Cleaver, Stokely Carmichael, and Jesse Jackson. The film retrieves Haizlip’s interviews with Harry Belafonte, Sidney Poitier, and Muhammed Ali. Black musicians like Patti LaBelle, Stevie Wonder, and Earth, Wind and Fire performed on the show. Haizlip even included dentist Dr. Stanley Nelson, an Oak Bluffs resident, talking about tooth and gum care.

Haizlip’s interviewing style was subdued and subtle, bringing to the fore Black arts, literature, music, and even militant voices. Haizlip was gay, and open about his sexual orientation, questioning Louis Farrakhan about his condemnation of homosexuality.

He redefined being Black for a generation of Black viewers, and offered to white audiences a new view of Black culture. As poet Sonia Sanchez says in the film, “What he was doing, every night he was on that program, was changing someone’s mind about Black folks.” Nixon’s budget cuts took “Soul!” off the air in 1973, but Haizlip continued promoting Black culture.

Information and tickets for “Mr. Soul!” and other films playing at the Film Center are available at mvfilmsociety.com.