In a season full of foul weather and postponed games, the Men’s Island Softball League semifinals fittingly got off to a wet start on Monday night at Veterans Park.

The defending champion, second-seeded Blazers, and No. 3 Highlanders were first on the schedule, but a steady downpour stopped play after three innings with the Blazers in front, 3-2.

Wet softballs bouncing in and out of wet gloves made fielding an adventure, and the Blazers reaped the benefits in the bottom of the second. Billy Panek and Josh Cotterill hit consecutive deep drives to the outfield and reached third. Shawn Reed added an RBI sac fly, and the Blazers led 2-0.

In the top of the third, Matt Kurth tied the score for the Highlanders with a two-RBI single, but Wes Halkyard belted a line drive home run to center in the bottom half to put the Blazers in back in front moments before play was called.

The field was still unplayable on Tuesday night, pushing play to Wednesday with the top-seeded Whitecaps and No. 4 Brewhas meeting in game one of their series, followed by the completion of Monday’s suspended game plus game two of the Blazers-Highlanders series. If both series wrap by Thursday night, the best-of-three championship series will begin on Monday night, August 30. If the ’Caps and Brewhas require a third game to settle their semifinal, the championship series will begin on Sept. 1.

The Brewhas clinched their place in the semis by winning an epic Game 3 in the play-in series against the No. 5 Floaters on August 18.

The Floaters took game one, 18-5, and the Brewhas evened the series with a mercy-shortened 26-7 five-inning win in Game 2.

The deciding game was tied after the regulation seven innings. Stephen Sanborn homered in the top of the ninth to give the Floaters a 14-13 lead.

In the home half of the ninth, Cody Pachico doubled to lead off for the Brewhas, Derek Chrebet followed with an RBI single to tie the game, and Matt Gebo came in to pinch-run. Matt Moore moved Gebo to second on a sac fly, and Matt Montanile hit a walk-off single to give the Brewhas a 15-14 win and a semifinal date with the top-seeded Whitecaps. 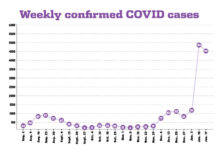 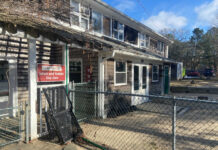