Barbara Prada of Katama Road in Edgartown died unexpectedly on Dec. 23, 2021, after a short illness. Barbara was known to many people on the Vineyard, due to being Edgartown’s animal control officer for 37 years (1980-2017). The other Prada sisters have received many calls and visits from people expressing their grief and sympathy, and are grateful for them. 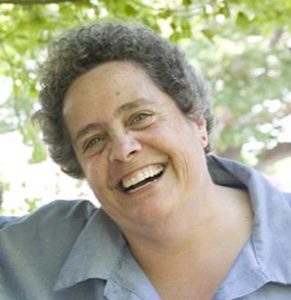 Barbara was born to Richard and Maurita Prada in 1956, just a few minutes after her fraternal twin Vincent. She and Vincent joined their older sister Christine, and sisters Mary and Ursula were born a year and four years afterward, respectively. The Prada house at the corner of Katama and Clevelandtown Roads was a very busy place for many years, what with kids, pets, and friends. In those days, kids were told to “go outside and play” on nearly a daily basis, and that is just what Barbara did, with her siblings and neighbors. They built elaborate structures from found materials, and designated them as forts or as homes. They cooked goulash for dinners with water, leaves, stones, and dirt. They climbed trees, played hide-and-seek, and went exploring to Green Hollow or the Sand Pit or Collins Beach.

Barbara attended Edgartown School and graduated from Martha’s Vineyard Regional High School in 1974. As she grew up, Barbara’s outstanding connection with animals became apparent to all. Of course, the Prada house always had cats and dogs. All the Prada sisters were involved with keeping and riding horses at Sweetened Water Farm through 4-H, and later at Bittersweet Farm. Barbara started with the famed Tumbleweed of Pond View Farm. Then Barbara moved on to Joey briefly, before his owner took him to Scrubby Neck Farm. Barbara met the Spectors at Bittersweet Farm, and rode their horse Cinnamon for years. Ultimately, Barbara got Joey again, and kept him at Bittersweet Farm. When Joey’s time finally came, Barbara’s riding years were over.

After high school, Barbara started working as Sonny Jackson’s assistant at Shady Oak Kennels. She helped him with grooming the dogs as well as maintaining the kennels. Though she enjoyed her job, when Jesse Morgan retired as Edgartown’s animal control officer, Barbara decided to apply for that job, and got it. Over the many years of her career, the people of Edgartown came to recognize her incredible people skills and organizational skills, as well as her affinity with animals. She carried out her responsibilities as a law enforcement officer, but was very nonjudgmental toward pet owners, even repeat offenders! Being a born and bred Edgartown person, she knew all kinds of people here, and accorded them all respect.

In 1994 Barbara was named the Animal Control Officer of the Year by the MSPCA. She was selected from over 400 ACOs in the state, based on criteria having to do with much more than skill with animals. Barbara was an active member of the ACO Association of Massachusetts. In later years, she was involved personally and professionally with a number of efforts to benefit the animal community, including the SPAY clinic and planning for animals during natural disasters.

Barbara also contributed to the Edgartown community by becoming a volunteer EMT for a number of years. Besides taking her share of shifts, Barbara became one of the best fundraisers for the organization. People had a hard time saying no to her! And being the organized person she was, she followed up too.

Barbara played a significant role as the aunt of five nephews and one niece. All of the children received handknit sweaters from Barbara, especially the Icelandic designs Barbara really loved. Barbara and Ursula hosted all six of these kids regularly throughout their childhoods, during summer and at holidays. One of them even got married on the Vineyard! More recently, Barbara became the great-aunt of two nephews and a niece living in California. She visited them in their home in 2018, and they all visited the Vineyard at Christmas 2019, just before the COVID pandemic hit.

Barbara is survived by her sisters Ursula Prada (Edgartown) and Mary Dombrowski and her husband Thomas, from Allentown, Pa.; and by her aunt, and a niece and five nephews, and numerous cousins. She was predeceased by her parents, Richard and Maurita Prada, and by her siblings Vincent Prada and Christine Eissenstat. In lieu of flowers, the family wishes memorial donations to be made to the Massachusetts Society for the Prevention of Cruelty to Animals (MSPCA)-Angell. People can give online in Barbara’s memory by visiting justgiving.com/fundraising/barbara-prada. Alternatively they can mail donations to MSPCA-Angell, Attn: Donations, 350 South Huntington Ave., Boston, MA, 02130.

A memorial service for Barbara will be announced at a future date.