Charles Flathers (“Charlie”), 85, of Vineyard Haven, passed away on Sunday, Dec. 12, 2021, in Natick. He passed peacefully on his 57th wedding anniversary, surrounded by family and his beloved wife Sheila (Woodworth) Flathers. 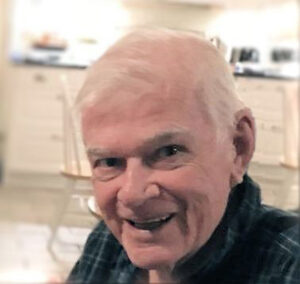 He was born in New Bedford, a son to George H. and Eleanor T. (McDevitt) Flathers. He was the younger brother of Art Flathers, who predeceased him in 2008. Charlie spent his childhood in Fairhaven until moving to Martha’s Vineyard, where he graduated from Tisbury High School. Four years in the Navy Air Force was followed by four years at UMass Amherst, where he graduated with a degree in engineering. After a 31-year career at GE in Philadelphia, Pa., and Fairfield, Conn., his retirement was filled with travel, golf, and time on the patio playing cribbage with children and grandchildren.

Memorial contributions can be made in Charlie’s memory to the Tunnels to Towers Foundation (t2t.org). A graveside memorial service will be held in Vineyard Haven in the spring of 2022.