After 35 years, my wife and business partner, Pam, decided to close the doors of Coblyn Design, our graphic design, marketing, and industrial design firm in Washington, D.C., and move to the Vineyard full-time, where we had been summering for more than 20 years.

But the thing is, rather than languishing in retirement, I wanted to give back to the community, and having lost a good friend to substance use disorder, it pissed me off. I decided I had to do something about it.

The Martha’s Vineyard Substance Use Disorder Coalition was started in 2016, and I began going to SUD meetings on the Island to get the lay of the land. Eventually, in 2019 I became the chair of a subcommittee for the coalition, which was tasked with getting the word out. And one of the big projects I became involved with was coordinating a documentary film called “On Island,” which shone a light on the SUD problem on the Island. I wasn’t an actual producer on the “On Island” film. My subcommittee acted as liaison between the MV SUD Coalition and the Public Good Projects and I got a credit. The film was made by Straight To Tell (Atlanta, GA) and was directed by Trevor Kane.

As far as objectives for the film, of course we wanted to raise money, but we also wanted to raise awareness. The key objective of the film was to act as a conversation starter and to convey the true reality of people suffering from substance use disorder. In fact, in a way you could say a lot of the film functioned as a myth buster.

The film opens by addressing the perception of Martha’s Vineyard as being a playground for the rich and famous. That’s one fallacy; the fact is that up until a few years ago, Dukes County was the poorest county in Massachusetts.

The film also sought to destigmatize people with SUD. They are not people necessarily tucked away out of sight — they’re the same people who might wait on you at a restaurant, work on your house, or volunteer for the fire department.

And about 70 percent of the usage problem on the Island is alcohol-related and it’s not just a few young guys getting loaded in bars, it’s a huge problem with the older generation, many retired people on the Island.

If there’s a criticism of the film, some people have pointed out that it could have been more inclusive, it could have done more to reach out to the Brazilian community, for instance, but moving forward, we’ve tried to address that problem with posters, pamphlets, and video clips.

While it’s difficult to quantify the success of the film, I’ve talked to many people who said the film raised their awareness of SUD and allowed them to see it in a different light. And while some money was raised, fundraising at the height of a pandemic has proved to be an uphill battle.

Going forward, we’re going to shift from going after individual donors to pursuing federal grants, and we’re hoping to hire a coordinator who will strive to present the Substance Use Disorder Coalition as a unified front for some 25 stakeholders on the Island, including Martha’s Vineyard Hospital, Island schools, Island Health Care, and Martha’s Vineyard Community Services — a group of professionals and institutions who have agreed on the problem and decided to attack it in unison under the auspices of the Substance Use Disorder Coalition. 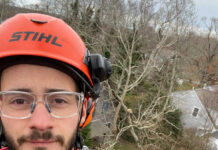 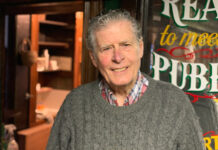 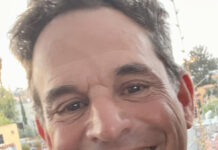