“Fishing With John” and “Painting with John”

I’m shamelessly addicted to “Fishing with John” and “Painting with John,” two TV series written, produced, and starring John Lurie, the tragically hip musician, painter, and actor who has appeared in some 20 films including cult favorites,“Down by Law” and “Stranger Than Paradise.” He was also the co-founder of the eclectic group, the Lounge Lizards.

“Fishing with John” was released in 1991, and the premise of the show was simple; each episode featured Lurie, who knew next to nothing about fishing, going fishing with one of his friends who knew even less. And the magic comes from the droll and surrealist dialog generated by Lurie and his guest.

In Episode One, Lurie takes director Jim Jarmuch shark fishing off the coast of Montauk.

One of my favorites is John fishing in Jamaica with Tom Waits — who allegedly learned to fish in Paris — using cheese as bait. Waits has a little bout of sea sickness, and it’s rumored that Waits wouldn’t talk to his friend Lurie for years after the filming of the video.

Other fishing friends of Lurie include Matt Dillon, who he takes fishing in Costa Rica, Dennis Hopper with whom he goes fishing for giant squid with magical hypnotic powers in Thailand, and Willem Dafoe who runs out of crackers and starves to death while ice fishing in Maine.

Just when I thought I’d never see another episode of “Fishing with John,” last winter HBO introduced a new show called “Painting with John,” which turned out to be a continuum of “Fishing With John.” Several years ago Lurie contracted a debilitating case of Lyme disease (for real) and as therapy he learned to paint watercolors. In this show Lurie is living on a remote and undisclosed island in the Caribbean.

The real star of the new show is Lurie, who is a piece of art himself and when not riffing about misguided adventures of his youth or gossiping about fellow islanders like the mysterious Chicken Man, he’s amusing himself rolling tires down the hill or swinging a giant branch over his head that looks like an elephant’s trunk. Talk about a show about nothing.

I haven’t had much luck finding “Fishing with John” on air, although occasionally I have been able to find episodes on YouTube. “Painting with John” can be found on HBO Max, and the second season started on Feb. 18. And it’s billed as “John sacrifices his handsomeness for humanity.” You certainly don’t want to miss that. 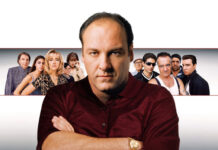 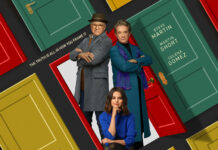 What Are You Watching? ‘Only Murders in the Building’