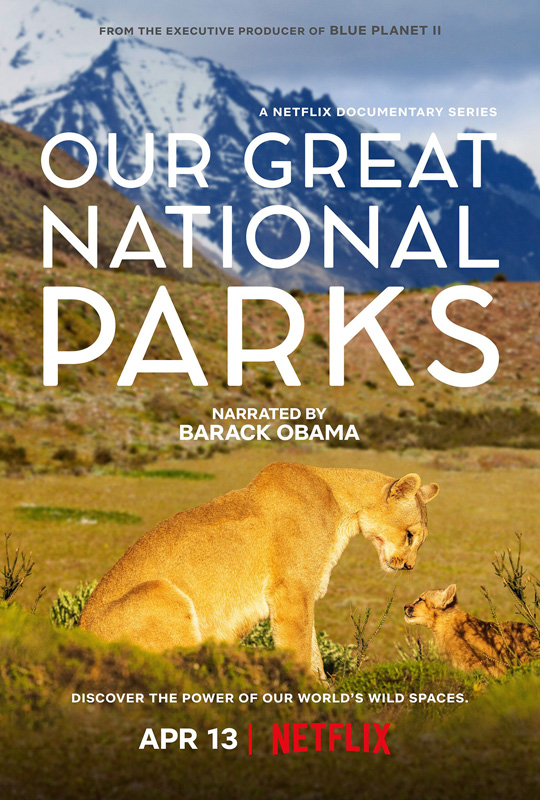 In Kenya’s Tsavo National Park, members of the Tsavo Trust antipoaching unit, alongside Kenya Wildlife Service rangers, carry military-style rifles and sport battle uniforms as they patrol the massive area for any traps or poachers hiding out in the bush. Tsavo is home to one of the world’s largest populations of elephants. Often called “super tuskers,” these colossal animals are regularly hunted for their ivory, and conservation efforts like the one in Tsavo are the only things keeping the species in existence. Former President Barack Obama wants to bring the world’s attention to issues like this, where majestic elephants are forced out of their native habitats by deforestation, poaching, and pollution.

Obama narrates the new nature documentary, “Our Great National Parks,” available on Netflix. He frames the story by discussing how he would often walk the beaches of Hawaii with his family when he was a young child. These experiences gave Obama a perspective on the value of our natural world, so much so that he decided to embark on an ambitious project — creating a documentary that stirs this same appreciation in the hearts and minds of millions who view the film.

Kenya and Hawaii are just two examples the film presents of places that are experiencing severe ecological disturbances due to anthropogenic interference. The film does an amazing job of capturing how the people who protect the essential flora, fauna, and ecosystems achieve these goals, and how the animals and plants, in the wake of human impact, have been forced to adapt.

But perhaps the most fascinating and important element of the film is how the life of animals and plants is portrayed: Baby silverback gorillas antagonizing each other as daddy gorilla shakes his head and snorts, and how endangered green sea turtles must swim thousands of miles and crawl over the rocky beaches to lay their eggs. These human-like qualities of unconditional love and dedication really hit home for me — we need to get it out of our heads that we are apart from nature, and become a part of nature instead.