More than 100 people spanning three generations gathered recently to celebrate the 90th birthday of Capt. Robert (“Bob”) Douglas. The party was under a decorated tent in a field next to a small pond at Arrowhead Farm, Douglas’ home in West Tisbury.

Douglas is the founder of the Black Dog, and the designer and mastermind behind Martha’s Vineyard’s iconic educational tall ship, Shenandoah. According to a press release, “during his 57 years as the captain of the tall ship, Bob’s influence impacted many lives,” as his former first mate, Gary Maynard, explained in his speech honoring Douglas.

Douglas and his ship have hosted more than 10,000 people, mostly youth, on weeklong voyages from Vineyard Haven Harbor since 1964. Voyages aboard the Shenandoah are considered adventures, where youth shed technology and busy schedules, and “become immersed in a world of sea shanties and sunshine, where the ship and the daily activities with operating it dictate the days,” the release says.

As Douglas’ friend and understudy, Ian Ridgeway, explained in the release about his first voyage with Douglas, “I remember how it felt to embark on a grand adventure, to pack my bags and climb over the rail of an enormous sailing ship and step into a new world full of new terminology, new rules, and new ways of doing things. I remember a stoic captain with exceptional posture that radiated confidence and thoughtfulness. I remember the crew that took me under their wings, guided me through my experience, and showed me the ropes. I remember the feelings of pure joy and exhilaration.”

Besides the history surrounding Douglas’ endeavors, the birthday celebration looked to the future. Ian Ridgeway, along with Casey Blum, LCSW, co-founded the Martha’s Vineyard nonprofit Foundation for Underway Experiential Learning (FUEL), and Douglas donated Shenandoah and its educational mission to FUEL in 2020.

Blum says in the release, “People need to know how to identify, understand, and communicate emotions. They need to experience awe and wonder firsthand to build empathy and become inspired. They need to unlock their courage and confidence through challenge and adventure. We offer our voyages to prepare our youth for adulthood. We teach them to be confident, empathic, and inspired.”

FUEL is working on a new school ship — designed by Douglas — to provide the next 100 years of service for Island youth.

“I maintain that she will be, without question, the finest boat with her rig afloat,” Douglas says in the release. “I am a little biased, but her design will embody the universal requirements that vessels must have — being knock-down, drag-out beautiful, and that she must sail like a witch and steer like a dream.”

The Shenandoah will operate as long as possible, but its retirement is on the horizon, the release says. Meanwhile, plans for the new ship have come into focus, with several shipyards bidding on the project. FUEL has embarked on a $7 million comprehensive campaign named Shenandoah, the Next Generation to raise the funds needed to build and endow the new ship.

For more information about FUEL and the Shenandoah, the Next Generation campaign, contact Ian Ridgeway at ian@fuelprogram.org or visit fuelprogram.org. 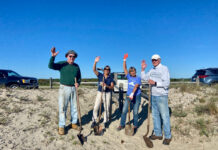 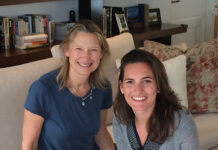 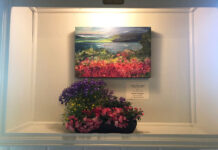