In Jill Iscol’s book of life, there are no empty pages. There are tales of adventure and romance, of heartbreak and happiness, of good times, great friends, and missions accomplished. It is the story of a life lived to the fullest, and a generous love that reached far beyond family. 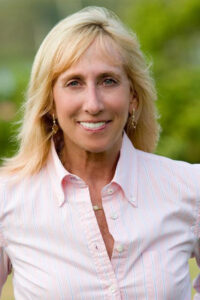 Jill died Sunday in New York City after a brief illness. She was 75.

Social justice champion, educator, and author, Jill was a powerhouse in the world of nonprofits, driven by a deep compassion and a staggering fount of energy that she used on behalf of the less fortunate and the forgotten. Her book “Hearts on Fire” was a call to action to galvanize a new generation of social activists.

“There was always a clear message from my parents,” she wrote, “through words and example, that it was up to those blessed with more to help those with less, not from a sense of noblesse oblige but from a genuine identification with each person’s humanity.”

Jill Weinick Iscol was born on Long Island on June 24, 1946, the second of Milton and Sylvia Friedman Weinick’s three daughters. Early on, her determination and grit were obvious as she wiggled her way around the house, a toddler cocooned in a full-body cast for more than a year. Her mother said even back then, she was unstoppable.

She was a lover of learning, both in and out of the classroom. After graduating with high honors from the University of Pittsburgh in 1967, Jill received a doctorate from Teachers College, Columbia University, and a master of philosophy in sociology from Yale University. She was a teacher in both the New York City public schools and at the progressive Bank Street School before beginning her journey through the not-for-profit sector.

During decades of working with a variety of nonprofit organizations and startups, she became expert in identifying and supporting visionary leaders and programs. She was a cheerleader for their dreams, encouraging and guiding them to reach higher for the benefit of others.

Her empathy knew no bounds. She believed every person, no matter their circumstances, deserved respect and dignity. She couldn’t pass a homeless person without reaching in her pocket; the suffering she saw in the world affected her deeply, body and soul. It was the driving force behind her unwavering commitment to improving the lives of others.

In 1989, she and her husband started the IF Hummingbird Foundation, initiating and supporting the Program for Leadership at Cornell University and the Center for the Environment.

She was actively involved in the Democratic Party, serving as chairperson of then Vice President Al Gore’s Annual Family Re-Union Conference. She was also co-chair of the finance committee for both Hillary Clinton’s New York Senate campaign and her presidential run in 2008, a working relationship that became a close and valued friendship.

“Jill was a wonderful friend,” says Secretary Clinton, “and passionate in her life’s work as an activist, educator, and philanthropist who lived her values and inspired others to do the same. Our world is poorer in light and love with her passing.”

In 1977, on a trek in Nepal, she married telecommunications entrepreneur Ken Iscol in a traditional ceremony in a mountain village. Over the years, their union became so tightly woven, their names were spoken in one breath. Like love and marriage, it was always Ken and Jill. You couldn’t have one without the other.

While she raised her children in the New York suburbs, Jill’s heart and style belonged to the city, where she could satisfy all her passions: the arts, philanthropy, fun, glamour, and of course, shopping, especially at Barneys.

She spent the past 40 summers on Martha’s Vineyard, where her dinner parties were legendary for their great food, free-spirited conversation, breathtaking sunsets, and the warmth she brought as their host. Over the years, her home became a showcase for Vineyard artists and other Islanders whose work enhanced the beauty of her pondside property; she supported the Martha’s Vineyard Hospital and MVYouth, as well as various island charities and organizations. And it was on the Island that she experienced joyful summer months with her adored grandchildren, serenity in long walks on the beach with treasured friends, and magical swims from her home on ’Quitsa Pond. Two years ago, she and Ken made the Vineyard their year-round home, happily ensconced with her much-loved little dog, Daisy.

In addition to her beloved husband of 44 years, she is survived by her son Zachary (Meredith Melling), the current commissioner of emergency management for New York City; and her daughter Kiva, who presides over the IF Hummingbird Foundation; sisters Faith Drucker (Howard) and Beth Sperber (Victor); grandchildren Wolf, India, and Wylder Iscol and Eloise Burke; many nieces and nephews, and countless new and dear old friends.

“Her spirit had the magnetic energy of light that everyone is attracted to,” said one. “She created a positive enlightening force that channeled into all of her interactions — love for people, and life, assistance, humor, and sensitivity to all she encountered.”