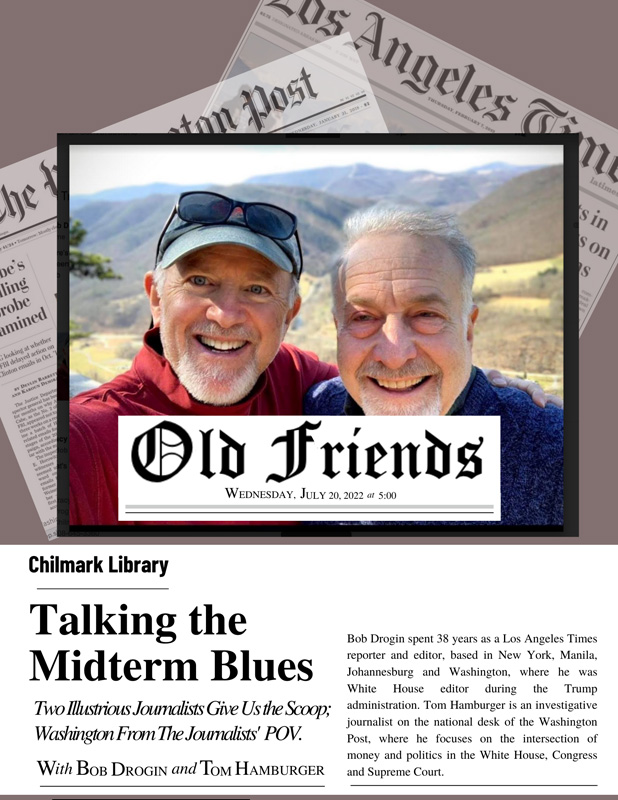 Journalists Bob Drogin and Tom Hamburger will be at the Chilmark library on Wednesday, July 20, at 5 pm to discuss the midterm elections, the status of modern-day politics, and their perspectives on Washington.

Drogin spent 38 years as a Los Angeles Times reporter and editor, based in New York, Manila, Johannesburg and Washington, where he was White House editor during the Trump administration. He has won or shared numerous journalism awards, including a Pulitzer Prize for Public Service, and is the author of “Curveball: Spies, Lies and the Conman who Caused a War,” which won the Cornelius Ryan award for best non-fiction book on international affairs in 2007. He spends most of the year in West Tisbury.

Hamburger is an investigative journalist on the national desk of the Washington Post, where he focuses on the intersection of money and politics in the White House, Congress, and Supreme Court. He shared a Pulitzer Prize for National Reporting and other awards for his work on the Trump campaign and administration ties to Russia. He is co-author of “One Party Country: The Republican Plan for Dominance in the 21st Century.”

This event is free to the public, and is being held in-person and via Zoom. Email tthorpe@clamsnet.org for more information, or to receive the Zoom invite. 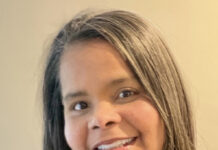 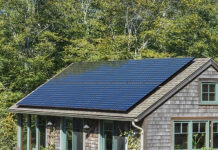