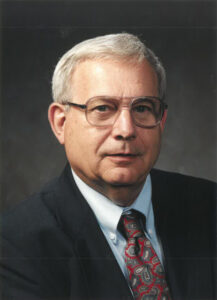 Born in Tampa, Fla., to Harry Wargo and Annie Jewell Fogarty Shepard in 1935, Mike was proud to be a fifth-generation Floridian. Mike dedicated his life to serving others as a doctor, teacher, mentor, husband, parent, and friend.

While at Vanderbilt he met Sarah Goodale of Vineyard Haven, who had graduated from Vanderbilt School of Nursing. They married in 1958 while Mike was finishing medical school.

Mike completed his internship at Vanderbilt University, then residencies at the University of California, San Francisco, where their son Martin was born, and at the Karolinska Institute in Stockholm, Sweden. He returned to Vanderbilt, where he was appointed chief resident. He then obtained his board certification in pediatrics and neonatology, the latter overseen by early neonatologist Dr. Mildred Stahlman. While the family was at Vanderbilt, son David and daughter Elizabeth were born.

Mike and Sarah packed up the family and moved to Charlottesville, Va., where Mike taught pediatrics and neonatology at the University of Virginia, establishing its neonatal intensive care unit (NICU). While at the University of Virginia, Mike assisted Beulah Wiley, an African American woman who sought to bring the first medical services to African Americans in poverty-stricken Buckingham County. As Mike made follow-up visits to check on premature babies, he seemed to be the only one at the university who had been to Buckingham. Ms. Wiley, assisted by the university, eventually received a significant grant, and Mike was chosen to serve temporarily as their first physician. While in Charlottesville, Mike and Sarah’s son Steven was born.

The family moved to Omaha, Neb., where Mike became the chairman of the pediatric department at Creighton University. While there, Mike established a NICU at St. Joseph’s Hospital.

Mike was then given an opportunity to help establish a new medical school to serve the Appalachian community. The family moved to Johnson City, Tenn., where Mike served as the chairman of the pediatrics department at East Tennessee State University’s Quillen College of Medicine. In addition to being chairman, he also established his third NICU and ran the university’s pediatric clinic. During his career, he mentored neonatologists Dr. Marian Myers and Dr. Luis Arango.

Even with all of the moves, Mike made sure Sarah and the children were able to spend their summers in Vineyard Haven, and he would visit as his schedule allowed.

Mike and Sarah remained in Johnson City, and later moved to Jonesborough, Tenn., until retiring to Martha’s Vineyard in 2000. Mike continued to serve those in need, becoming an active member of Grace Church, volunteering at their lobster roll fundraisers. He also volunteered with Meals on Wheels, the Thrift Shop, and the Red Cross.