James Turner Ciciora, 93, passed away peacefully at his home in Oak Bluffs on Saturday, July 16, 2022. 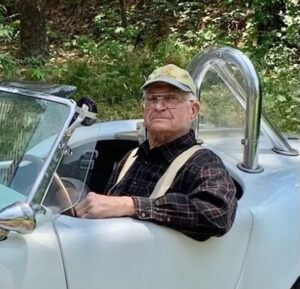 Jim was born in Kouts, Ind., on March 19, 1929. He lived a farm life with his parents and brother. Jim’s father enlisted in the Navy, and was stationed on the Vineyard when the present airport was a naval base. The family moved to the Island the day before the 1944 hurricane. The home they were to rent in the Campground had blown over in the storm before they moved in.

When the war ended, Jim’s family moved back to Indiana minus Jim. He wanted to stay on the Island, and lived here until his death. His mother’s good friend, Kay Sullivan, watched over Jim and gave him a place to live. Jim considered the Sullivan family a second family.

Jim got a job with what was then Cape and Vineyard Electric Co., and stayed in their employment for 39 years. While employed at Cape and Vineyard, he was drafted into the Korean War, and served in Paris.

Jim was handy, and very mechanical. He built three planes and a car. He enjoyed tackling various projects.

After retirement Jim enjoyed a quiet life at his home in Oak Bluffs. He had many friends and acquaintances in all corners of the Island. He was a faithful member of a small coffee group at Humphreys Bakery in Vineyard Haven.

He is survived by his son Jeffrey and daughter-in-law Sandra of Oak Bluffs; daughter Amy Ciciora of Washington, D.C.; and daughter Lisa Holmes and son-in-law Jason DeLeon of Versailles, Ky. He is also survived by grandson Benjamin Ciciora (Casey) and granddaughter Molly Ciciora (Stephen); and by grandsons Zachary and Jared Holmes. Jim was predeceased by his parents Edward and Gladys Ciciora; brother Dale Ciciora; and by his first wife, Elizabeth Brown Ciciora.

In lieu of flowers, those who wish may contribute to the Buzz Blankenship Memorial Trade Scholarship, P.O. Box 293, Oak Bluffs, MA 02557.

There will be a private burial in Oak Grove Cemetery in Vineyard Haven. The family will have a celebration of life on August 30 from 5 to 7 pm at the East Chop Beach Club, and all are welcome.