On Sunday Sept. 4, the Federated Church in Edgartown will celebrate the past, present, and the future of the Mayhew Parsonage. Visitors are invited to visit the historic building from 12:30 to 2 pm. Church historians Herb Ward and Elizabeth Villard will be available to answer questions about the building.

The building has been the home of the ministers of the Federated Church of Martha’s Vineyard from 1957 until today, according to a press release from the church. After a year of thoughtful discussion and planning about the future of their church, the congregation voted to sell their beloved parsonage, the release says. “The funds from this sale will allow them the financial resources to fulfill their three-part vision of the church’s future; Out Reach, Up Reach, and In Reach. They seek to be seen as a church which is active in meeting the Island’s needs rather than one that owns a historical building,” the release says.

Governor Mayhew’s family owned a large section of property on the waterfront. He built his home around 1670 after an early house burned down. In 1832, Joseph Mayhew built an elegant, Federal-style house to the north of Thomas’s house. Both buildings faced the harbor and were entered by a path that ran along the top of the bluffs.

The house was acquired by Joseph’s son Charles who died in 1919. In 1956, Sara Joy Mayhew, his sole surviving heir, donated the building to the Federated Church “to be used as a residence for the minster or use for Parish purposes.” 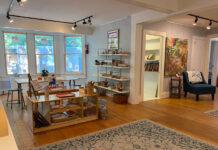 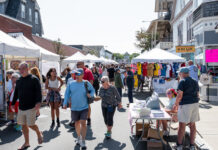 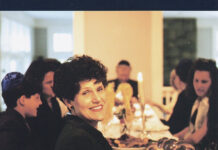