Well, the door is being cracked open even further. I’ve only been here for 50 years, but in that time I’ve watched the suburbanization of Martha’s Vineyard creep in, bit by bit. The issue of the proposed building in Vineyard Meadow Farms is worrisome on a few different levels.

I understand the attitude of “they should be able to build what they want,” but community standards should also matter. This proposal comes in just under the 3,500-square-foot limit to avoid the big house review, and now has an enhanced septic system that will allow it to also avoid the traditional density limits for the town. Not to cast aspersions on the honesty of the owners, but haven’t we seen this before? The claim that it will be for personal use only, only to turn into the Airbnb party house of your nightmares? “Workforce housing on Circuit Ave.” ring a bell? Call it NIMBY if you want, but how many of you want this possibility right next to you?

The square footage rules are there for a reason; allowing exceptions because of “enhanced septic” is just an end run around them. What recourse do the neighbors have if said system is not regularly inspected, or eventually fails? And what’s to stop homeowner after homeowner with deep enough pockets doing this again and again, until West Tisbury is no longer recognizable? Allow this once, and the door is flung wide. 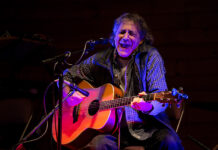