Mark Weiner, a former resident of West Tisbury, died peacefully on Sept. 9, 2022, with his wife, children, and aunt holding his hands. He was 64. 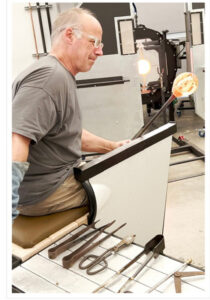 He had suffered a massive heart attack at the end of August. He had operated Martha’s Vineyard Glassworks in West Tisbury for 27 years. He was a longtime Vineyard resident before moving to St. Helena, Calif., in August 2020. He and his wife Michiko had recently opened a glassblowing studio and showroom in Calistoga, Calif.

Mark will be missed by his wife, Michiko; their 14-year-old son, Aki; and their 11-year old daughter, Kyla; and by his family and friends.

Memorial donations can be made at gofund.me/23eedf34 to support his family for their great loss.