Does each dog need their own crate, or can they share a crate?

The answer to your question is a definite maybe. It depends on the answers to some questions. Are we talking about sibling puppies, or a young dog and a middle-aged or old dog? Is housebreaking still an issue with one or both dogs? Do they often tend to sleep on top of each other? Do they roughhouse a lot? Has their playing ever escalated into a fight? Have they seriously growled over food, or treats or toys? Is there a great disparity between their sizes?

If housebreaking is still problematic, separate crates so you can easily discern who’s doing what. If there’s a great disparity in age, you may consider two crates, so that the youngster is less likely to disturb the older guy trying to sleep. If their playing sometimes intensifies to the point where it makes you uncomfortable, two crates might be advisable. If they’re growling over resources, two crates. You might not want to risk a sleeping 90-pounder rolling on top of your six-pound mini pin in their shared crate.

Bottom line, in spite of all the possible issues mentioned, I’d suggest that you experiment with them sharing a crate, and just see how it goes. I’ve seen plenty of dogs that shared beds and crates with no problem. 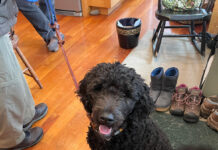 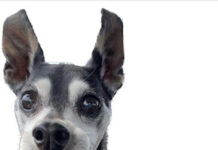 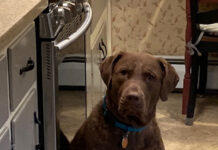