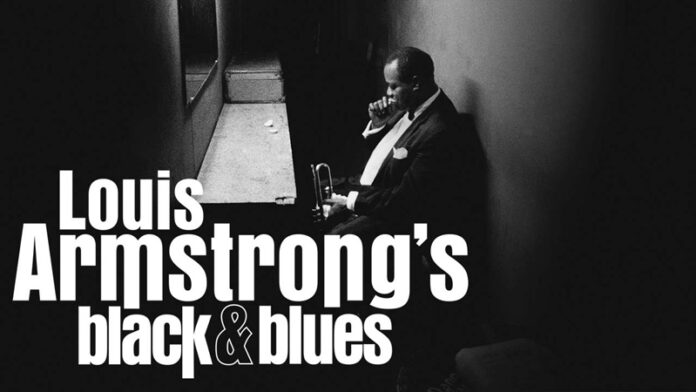 “Louis Armstrong’s Black & Blues” plays at the M.V. Film Center on Friday, Oct. 28. Most viewers know Armstrong as a famous cornet player, but not likely in terms of his other highly celebrated accomplishments in this successful documentary. Many other well-regarded musicians like Wynton Marsalis and Archie Shepp speak highly of Armstrong’s accomplishments. His fourth wife, Lucille, said he was a very deep person.

Early in his career he became known as Satchmo, and he was recognized for his endurance as a horn player. Born under humble circumstances, he served as his own music study, according to his wife, and spent hours indexing his tapes. Growing up in the New Orleans Waif’s Home, he made a living shooting craps and selling newspapers. His talent on the cornet led to his becoming the leader of the band he played in. In addition, he was the first Black movie performer to have his name placed above the film’s title. Jazz cornet player King Oliver was his biggest influence before 1922.

His rendition of the “Star-Spangled Banner” became celebrated as his signature song. After he appeared on the Edward R. Murrow Show he became an example of how he broke so many barriers as a Black man as well as a musician. Playing in Chicago, he was pushed 15 feet to the corner of the stage. His performance was so powerful that that didn’t last long.

Satchmo invented improvisation as a form of jazz, as well as scat singing. In addition, he could do with his voice what he also did with his horn. In many ways, jazz stems from his music. He was the first to break away from the tradition of harmony and melody. Instead, he looked for the quarter tone that came from Africa.

When gangsters got control of the music business, Armstrong found it was also controlled by white people, and Armstrong moved to Europe to perform. The next challenge came from his agents, who manipulated his playing. In Italy, he began to have trouble with his heart, a malady that plagued him for the rest of his life. He played in East Africa, then returned to Los Angeles.

Lucille Armstrong spoke of his inner dignity. As one of the first Blacks in the music business, his aim was to “crack those big hotels.” Armstrong announced his arrival for a week of concerts in Baltimore by giving away bags of coal in a poor Black neighborhood, with a preference for women who needed it. He offered the coal to those who appeared at the Royal Theater’s doors on the morning of Dec. 11, 1931. After he bought a house for Lucille, she traveled with Armstrong, who saw marijuana as more medicine than dope. As a result, he spent nine days in jail.

Armstrong was active in civil rights. “If you go with kids, I’ll go with jazz musicians,” he said. After becoming the roving ambassador of goodwill, he landed in the Intensive Care Unit at Beth Israel. Satchmo died on July 5, 1971. “He loved to be around people; it was the way he touched people,” said Sacha Jenkins, director of “Louis Armstrong’s Black & Blues.”

Information and tickets for “Louis Armstrong: Black and Blues” are available at mvfilmsociety.com. For information about films playing at Edgartown Cinemas, visit yourneighborhoodtheatre.com/edgartown-cinema-2.