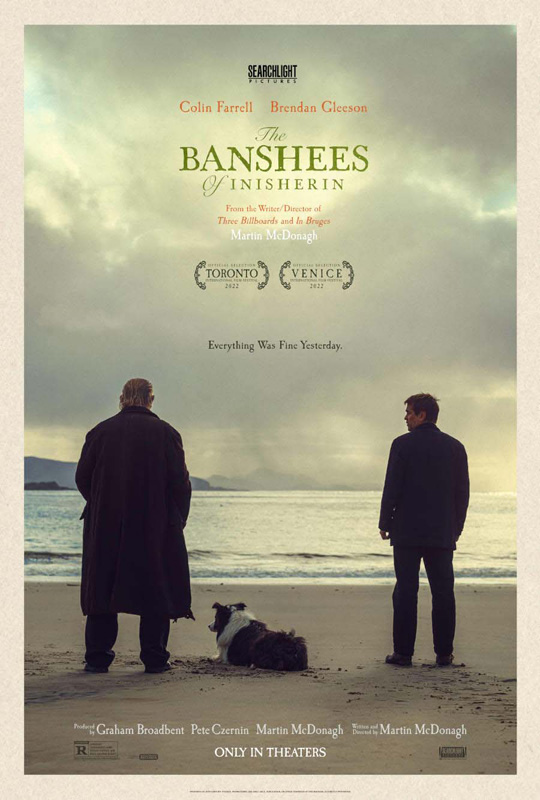 “The Banshees of Inisherin” continues to play at the M.V. Film Center this weekend, Nov. 11 and 12, and next, Nov. 16 and 17. Set on an island off the West Coast of Ireland, it narrates the black-comedy tale of a bitterly broken friendship. Part of Irish legend, “banshee” refers to a wailing female spirit who warns of impending death.

Set in 1924, the film takes place during the Irish Civil War, when the pro-treaty Provisional Government fought against the anti-treaty Irish Republican Army (IRA) over the Anglo-Irish Treaty. The Inisherin islanders find themselves too distant to feel much concern.

Pádraic, a farmer, and musician Colm are two islanders with a longstanding friendship that brings them together regularly to share an afternoon pint. Then one day when Pádraic taps on Colm’s window for the daily trip to the pub, Colm ignores him. A stunned Pádraic is mystified by this rejection, and tries to repair the friendship. Instead, he meets with repeated rebuffs, until the fractured relationship reaches the point of Colm’s taking matters to the extreme, threatening to cut off a left finger every time Pádraic attempts reconciliation.

Pádraic’s sister Siobhán (Kerry Condon) and her would-be boyfriend Dominic (Barry Keoghan) try to intervene and make peace between the two, but without success. A frustrated Siobhán moves to the mainland to become a librarian. Then a drunken Pádraic confronts Colm in the pub and attempts to apologize, but Colm indeed cuts off a finger. An ominous neighbor, Mrs. McCormack, forecasts impending death. In the meantime, Colm finishes a song titled “The Banshees of Inisherin.” He seems open to a renewal of the friendship, until he learns that Pádraic has meddled in his affairs.

These two talented actors bring the story of “The Banshees of Inisherin” alive with the wit, humor, and torment only two Irishmen can convey.

Information and tickets for “The Banshees of Inisherin” are available at mvfilmsociety.com. For information about movies playing at Edgartown Cinemas, visit yourneighborhoodtheatre.com/edgartown-cinema-2.