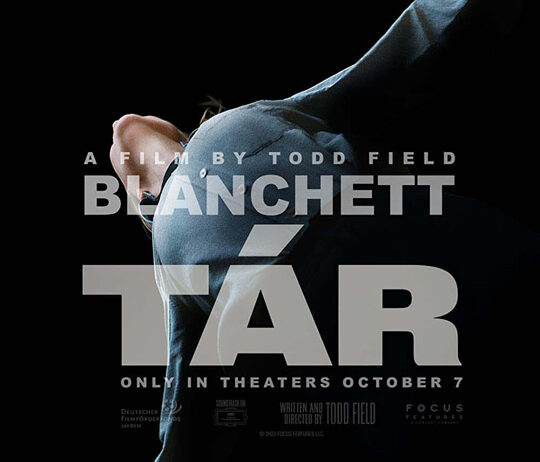 As the first female conductor for the Berlin Philharmonic, Lydia describes to critic Adam Gopnik her next major project, a live recording of Mahler’s 5th Symphony. Lydia pursues a sexual relationship with her assistant Francesca, as well as with Sharon, her concertmaster and wife.

The viewer begins to see Lydia as a cold, controlling individual as played so convincingly by Blanchett. At lunch, Lydia discusses plans to replace her assistant conductor, Sebastian, with Francesca. Afterward during a Juilliard class, Lydia ridicules a student who sees identity politics as justification for ignoring classical music masters, and the offended student marches out of the class.

After Lydia arrives in Berlin, Krista, a former member of Lydia’s fellowship program, gives Lydia a copy of Vita Sackville-West’s romantic novel, “Challenge.” The famous conductor throws the book in the trash and attempts to blacklist Krista, with whom she had unsuccessfully pursued a sexual relationship.

In an audition for the symphony’s new cellist, Lydia favors the Russian musician Olga, with whom she develops a sexual liaison. Olga plays a solo for the Mahler companion piece, “Elgar’s Cello.” but this causes friction with Francesca and Sharon. When Sebastian learns he will be replaced, he calls attention to Lydia’s favoritism and her abusive behavior towards young women musicians.

Distressed by his accusations and the suspicion that his replacement will be Francesca, Lydia is further upset by the suicide of Krista, who alleged troubling issues with Lydia. When she learns Krista’s parents plan a suit against her, she hires a lawyer. After Lydia follows Olga into an abandoned building, she is frightened by a dog and, falling, injures herself, then lies about the fall to the orchestra members.

In the midst of these disturbing events, Lydia’s angry spouse Sharon leaves with their adopted daughter Petra. Plagued by intrusive sounds, Lydia learns that conductor Eliot is going to drop her and she will no longer serve as conductor. Distraught, she attacks her replacement Eliot on stage. Then Lydia returns to her working-class home on Staten Island, where she watches her inspiration on tape, Leonard Bernstein. When her brother appears, the viewers learn that her real name is Linda Tarr. This once-famous conductor/composer is reduced to conducting a new orchestra in Southeast Asia, in the score for a video game series.

Throughout the film, Blanchett embodies Lydia Tár so powerfully that she makes the role come alive. As a result, “Tár” is a compelling story and a successful narrative about the uses and abuses of fame and power.

Information and tickets for “Tár” are available at mvfilmsociety.com, for information about films playing at Edgartown Cinemas, visit yourneighborhoodtheatre.com/edgartown-cinema-2. 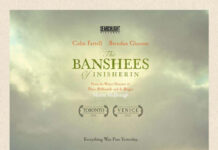 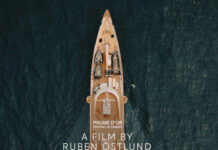