When my children were young (boy, that makes me feel old), let’s try again. When my children were younger (that’s better), they wanted kittens. Okay, Sydney wanted a horse, and Lila wanted a boa constrictor, but that’s another story. Where was I? Right. Kittens. Thanks to the efforts of Vineyard animal activists, kittens were a rare commodity here, so we made a plan. Every fall our family used to make a pilgrimage to the Berkshires for the Jewish Multiracial Network weekend retreat. It was a time for our girls to see other families that looked like ours, and for us adults to learn more about the challenges Jews of color face. Where was I? Right. Kittens. We planned a detour to an animal shelter on the way home. I had worked hard to convince this shelter to do a same-day adoption for us, pleading with them about ferries and travel time, flaunting my veterinary credentials, and prompting my girls to charm everyone with their knowledge about good kitten care from literally growing up in a veterinary clinic.

Sydney chose a sweet orange tiger and named her Tigerlily. Then it was Lila’s turn. She liked this one, or that one, or maybe that other one. But then I saw this lone fluffy kitten, all by himself in a separate cage. “Who’s that?” I asked. A long-haired kitten found alone in an alley. He was small but fierce and I instantly fell in love. I was not supposed to be getting a kitten. The kids were. And although I had six (maybe seven) cats when I first got married, two was our current limit. Poor Lila. I convinced her to choose the kitten I wanted. “You can name him,” I said cheerfully, thinking that made up for my bad parenting.

Captain Jack Sparrow. He quickly grew into a huge shaggy boy with attitude. I guessed he was part Maine coon cat. The kind of cat who whacks you for no reason when you walk past.  A wild child who comes home dragging leaves, burrs, and prickers in his magnificent tail. But he loves me. Every night I sit on the couch watching the evening news. Jack comes and sprawls on my lap while I (very cautiously) remove detritus and matts from his coat. Lila has forgiven me, but we all acknowledge Jack is mine, and only mine. No one else would want him.

When Jack was middle-aged, he started limping occasionally. He is a terrible patient, impossible to examine without sedation. but I was concerned about his hips. Most people have heard of hip dysplasia in dogs but don’t realize cats can also get it. A developmental disorder in which the hip joint is not properly formed, over time dysplasia often leads to secondary osteoarthritis. In dogs, early diagnosis isn’t too hard. We check puppies for a “click” in the hips called the Ortolani sign. Sometimes owners notice a hitch in the hind end gait. If we are suspicious, we discuss radiographs and/or referral for a test called PennHip that assesses joint laxity. If we catch it  early, there is even surgery that alters pelvic growth to improve hip stability.

In cats, diagnosis can be harder. One orthopedic reference mentions my Captain Jack. Okay, not by name, but it says diagnosis in cats can be difficult because of their “reluctance to be handled” and  “tendency to become aggressive when painful” and that an “unfriendly temperament during exams” could be a sign. Exactly. Unlike dogs, cats with hip dysplasia often do not show lameness when they are young, but Jack was now middle-aged and had the typical shortened stride and stiff gait. I finally anesthetized him and took radiographs. Purebred cats, especially Maine coons, have a much higher incidence than domestic shorthairs. Maybe Jack truly is a Maine coon. His films confirmed hip dysplasia and secondary osteoarthritis.

Most cats with hip dysplasia are treated simply with medical supportive care and changes in their environment. If they have very severe osteoarthritis, there are surgical “salvage” options just like in the dog that can reduce pain. For Jack, surgery was not a good option. (Did I mention he’s a terrible patient?) We put a low step stool in the kitchen to make it easier for him to get up to the counter where his food is safely sequestered from the dog. Other than that, his life is not strenuous. He is impossible to pill (and I’m very good at pilling cats), but I give him a joint supplement that comes in a yummy treat. On bad days, I used to sneak him a liquid non-steroidal anti-inflammatory in baby food, but he wouldn’t always eat it, and it can be hard on the kidneys. Then came Solensia.

Solensia is a new once-a-month injectable monoclonal antibody for the control of pain associated with osteoarthritis in cats. It is the first treatment of its kind for cats, a “biologic” that works by reducing “pain signals.” In a three-month study, 77 percent of owners saw improvement in their cats’ quality of life as suggested by mobility, general activity, and attitude. Solensia is not cheap. “Are people going to be willing to have their old cat get a pricey monthly injection?” I wondered. Oh. Wait. I am.

I decided to start by trying it on my own cat. Jack has had one injection, which he didn’t seem to mind at all. Maybe it’s the placebo effect (on me and my observations, not on Jack’s tiny mind), but I think he feels better already. He jumps onto my lap with more vigor and seems more active and agile. Solensia may be a game changer for cats with chronic pain from osteoarthritis, especially those that are hard to medicate. If you have a cat who might benefit, discuss it with your veterinarian. Captain Jack is almost fourteen now. If I can improve his quality of life, making his senior years more comfortable with Solensia, I’m on board. 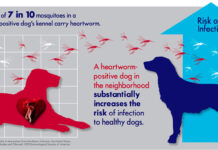 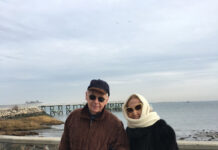