Have you been saving up all of that brush you cut last spring? Have you taken down some of those caterpillar-ravaged trees that were about to fall down on your house? Have you been wondering what on Earth to do with it because it simply isn’t decaying nearly as quickly as you thought it might?

Have no fear — burn season is here. Between January 15 and May 1 you may call Fire Chief David Norton between 7 and 8 am to ask for permission to torch it up. The essential key to the scenario is you must actually speak with David and get the go-ahead.

Leaving him a message stating that the fire is burning in your back yard but don’t worry because you have a hose nearby doesn’t cut it. Don’t bother to hit him up for a permit on a windy, blustery day because you will get the definitive no. Ideal weather conditions are a must. Try to reach him using the following numbers in the following order: 508-645-2819, 508-627-2760 or 508-645-2550.

If burning is not your thing but you are looking for something warm on these chilly days, the Menemsha Cafe is back serving Friday Night Suppers from 5 to 8 pm. Josh Aronie and his crew have the stove fires burning to create some really scrumptious treats ready for your palate to enjoy. The cozy and inviting atmosphere certainly draws a crowd on even the coldest of nights.

Whiskey is yet another way to warm you up from the inside. No, I wasn’t referring to tossing back the single malt but rather the movie entitled “Whiskey Galore!,” being shown at the Chilmark Library Friday night at 7 pm. Scottish Islanders try to plunder 50,000 cases of whiskey from a stranded ship in this 1949 film.

Twelve-year-old summer resident Maggie Nixon cranked in the ribbons this past weekend at the Stonewall Country Horse Show at the Virginia Horse Center in Lexington, Virginia. She rode beautifully on a pony named Media at this US Equestrian Federation “A”-rated hunter and jumper show.

She and Media were the champions in the medium children’s pony division. According to Mags, she “took (her) Pond View training on the road and it definitely paid off.” There’s a big pat on the back for trainers Tracey Amaral Olsen and Sarah Doyle if I’ve ever seen one.

I caught a quick glimpse of Doug Fischer a couple of weeks ago. He was tooling around with his brother Albert. They both had cameras in hand and are both pretty fantastic photographers. Doug and Albert made a pit stop at the Texaco for a pail of oil. I think a tractor was in need of some new fluid. I am pretty sure that’s what winter is for — maintenance.

A lot happened in 1923. The USSR was formed. Howard Carter found Pharaoh Tutankhamen. Time Magazine made its debut. Harry Houdini freed himself from a straitjacket while suspended upside down 40-feet above ground in New York City.

In local history, Gladys (Mayhew) and Robert Flanders became the proud parents of Elizabeth. At the vibrant age of 88, she has nearly mastered the art of texting on her iPhone. We have come to know her well over the years and my kids are lucky to call her great-grandma Bette. Happy birthday to you!

The Chilmark School Art Show will proudly be up on display at the library for the month of February. Please don’t forget to take a little time to see the work of our young aspiring artists who create under the fantastic tutelage of Kathleen Cameron.

She might live in Edgartown now, but she is a Menemsha girl at heart. Ashley Bouchard Waters, husband Mike and toddler son Mikey welcomed sweet baby girl Hailey Joan Waters into their lives on January 14.

Caribbean Night! The days are dwindling. The time is nearing. We will soon enjoy one of the most fabulous nights in town. If you haven’t already, February 12 is the date you must mark on your calendar. The 21-plus event will include live music, live and silent auctions, 50/50 raffle, and a dessert bar you should really begin fasting in preparation for now. Tickets are $15 and will be available through all Chilmark School families, at the Texaco and online at TicketsMV. If you are interested in making an auction contribution or donation please contact either me or Hillary Noyes-Keene.

I was tickled pink to see lovely Ethel Sherman back in the passenger seat with Ralph behind the wheel in their tan Ford. The two of them look just perfect together and I was quite pleased to see them out and about. 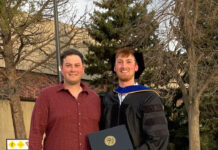 Chilmark: The season has begun 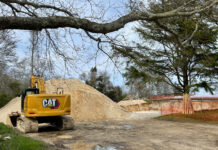 Chilmark: Slow Down for Stella 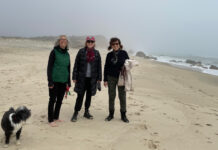