In a variation on “Be prepared,” the motto of the Boy Scouts of America, Ewell Hopkins is prepared to make being a Boy Scout “the coolest thing for a kid to be on the Island.”

Mr. Hopkins is a cub master of Cub Scouts on the Island, working under Triva Emery, the Island chairman. In just two years, he’s seeing growth, thanks to the help of volunteers such as Kevin Oliver, Mike Riley, Jim Feiner, Douglas Hathaway, and Tad Crawford, among others. Mr. Hopkins’s son Tripp, is a new cub scout.

This spring, scouts took the stage at five of six Island annual town meetings to lead The Pledge of Allegiance to the Flag. Tisbury put the idea before voters at ATM this year and got a thumbs-up for next year’s ATM.

“Scouting is alive and well,” Mr. Hopkins said. “We have more than 60 cub scouts. Boy Scouts were down to six or seven boys, but we expect six or seven more this year and another 15 in 2012. At one time we had three troops of boy scouts and four cub scout packs.”

Currently, the Island has two scout troops and two cub packs, he said. Packs are sponsored by the Edgartown and Oak Bluffs fire departments and the troops by the Edgartown Fire Department and the American Legion post in Vineyard Haven.

“We also sponsor what we call the Venturing Crew and a High Adventure program as well as the sea scouts,” Mr. Hopkins said. “An example of venturing crew activity is the Safe Rides program we sponsor on the Island.”

For Mr. Hopkins, himself a former scout, the connection to scouting runs deep. “Back in the 1930’s — still the Jim Crow days — my grandfather, an African-American, was awarded the Silver Beaver, the highest honor bestowed on a volunteer by scouting,” he said. “Scouting honored him at a time when he couldn’t sit in the front of a bus.”

Mr. Hopkins, the executive director of the Island Affordable Housing Trust, has been working hard. He believes in his product. “Scouting’s been around for 100 years and if you lay the time line of the changes in scouting on the social change in our society, it’s amazing how often scouting has been in the forefront of change,” he said.

Mocha Mott’s maestro Tim Dobel was musing last week about the diminished popularity of scouting in recent years. ” You know what, growing up, everybody was in Boy Scouts,” he said, adding that he still regards his Eagle Scout attainment as a major achievement.

Mr. Hopkins says he often hears similar sentiments. “When I discuss scouting, the Eagle scouts are glad they did it and most of the others say they regret not staying with it,” he said.

“Many people are still unaware of the wonderful Scouting program we have on the Vineyard,” said Jim Feiner of Chilmark. Mr. Feiner described several scout activities this past winter, including two off-Island camping trips, a ski trip, a trip to the New England Aquarium scoutmaster, and a hike along the Isaac Davis Trail between Acton and the Old North Bridge in Concord.

“Scouting’s always been rooted in traditional values and character development,” Mr. Hopkins said. “At some point, as a nation we got away from that. I see a parallel to the Sixties turmoil. The treatment of returning Vietnam vets, for example. The importance of uniforms, allegiance to country, and to God, declined as values for a while.

“Now there is movement back to traditional values and people are realizing this is not your grandfather’s scouting. We are not about pseudo-military training. Scouts are seeing conservation and wilderness management as careers now. As far as uniforms, well, I tell parents that Smokey The Bear wears a uniform, but if the uniform is less important to a kid, I don’t make a big deal of it.”

Scouting on the Island has adopted some nontraditional programs. “Most people don’t know that the Safe Rides program at the high school is a scout-sponsored program. We want kids in our community to be safe,” he said. Safe Rides is a weekend ride-home service available to young people who find themselves in uncomfortable situations without a reliable way to get home.

“We’re also working with Luanne Johnson, the biologist who has completed extensive research on Island skunks and is now researching our otters,” Mr. Hopkins said “Our Cub Scouts use GPS tools to track banded otters. They love it.

“I love putting women and nature awareness at work with scouts because it’s an important part of making them good citizens. Dr. Johnson is a good role model for boys. She embodies the traits we espouse for them.”

Scouting these days includes women in scouting events and programs. “It’s unrealistic for a boy to become an Eagle Scout and not be able to talk to a girl,” Mr. Hopkins said. “Character building includes learning about healthy roles in a relationship.”

Referring to criticism that scouting is opposed to “the three Gs — godlessness, girls, and gays,” Mr. Hopkins says that myth-busting is part of his job. “We do ask you to believe in something, a higher power of your choice,” he said. “In our opinion, sexual orientation is irrelevant and scouting isn’t the place to discuss sexuality. There are plenty of other places for that discussion. But we take action against inappropriate behavior of any kind.”

Despite an occasional eye-roll from his daughters, Mr. Hopkins is undeterred. “You watch. I’m determined that we will make scouting the coolest thing on the Island,” he said.

What’s It About, Scout?

The Boy Scout perspective is straightforward: duty to God and country, to others, including the environment and to self — building personal character and being healthy and fit.

The idea for Boy Scouts of America (BSA), founded in 1910, came, ironically, from Robert Baden-Powell, an Englishman. BSA has two related organizations: Cub Scouts and Boy Scouts, each with a hierarchy of achievement noted by badges and titles.

Cub Scouts can start in first grade, when they are called Tigers. Moving up through the ranks of Wolves and Bears, they eventually become Webelos (We’ll Be Loyal Scouts) in fourth or fifth grade. Webelos embark on a 20-month program that prepares them to be a Boy Scout. A Webelos can also achieve the Arrow of Light, the Cub Scout equivalent to becoming an Eagle Scout.

Boy Scouts can advance through five levels to Eagle Scout, based on earning 21 merit badges, 12 of them required, nine elective. Eagle Scouts must receive designation before they turn 18 years old.

To learn more about scouting on the Vineyard, contact Ms. Emery at 503-329-9200 or Dan Nelson at 508-939-4026. Cub Scouts meet at 6 pm on the third Thursday of every month at the Edgartown Fire Station. Boy Scouts meet every Monday at 7 pm at the Trinity Parish Hall in Oak Bluffs. 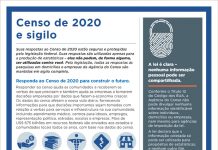 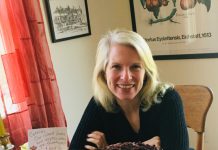