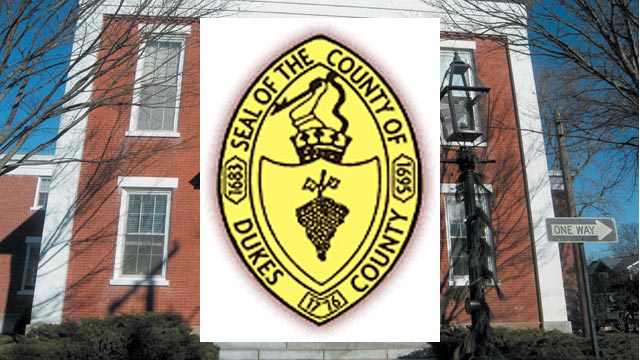 A Dukes County Commission subcommittee formed to evaluate and act on a harshly critical Massachusetts Department of Revenue report on county finances, dismissed many of the report’s recommendations in a meeting on June 28.

The strategic planning committee and county treasurer Noreen Mavro Flanders said most recommendations in the report were either already in place or were made without a clear understanding of county government.

“When the DOR (Department of Revenue) process was being conducted, there was little if no discussion with the treasurer’s office, specifically around a lot of these items,” commissioner Tom Hallahan of Oak Bluffs said.

In the report, issued by the DOR in September 2010, analysts found a strong commitment to the county budget process lacking.

“A key element of any financial system is the budget process, which should have clearly defined steps and operate on a schedule with deadlines,” the analysts wrote. “While county officials take necessary action to estimate revenues, distribute guidelines, and deliberate on spending, no clear calendar or time line exists to keep officials on task.”

The DOR report also noted that management of the budget process had shifted away from the paid county manager. “Historically the position was responsible for the preparation of the county’s annual budget and monitoring financial performance, but this has largely fallen to the treasurer and the manager’s full-time executive assistant.”

Mr. Hallahan said that has changed since the DOR studied the county financial picture. He said after a “rocky” transition year, the onus for the fiscal year 2012 budget process this year shifted back to the county manager.

General recommendations in the DOR report cover duties within the treasurer’s office, and the county’s accounting procedures.

Ms. Flanders, the elected county treasurer, oversees a treasurer’s department budget of $235,097. Her salary is $93,245, and she is responsible for financial administration for most county functions, including the airport, parking tickets, payroll, and until this year, the sheriff’s department.

“Our recommendations center on the separation of duties between the treasury and accounting functions that is required of cities and towns, and on the utilization of the county’s financial management software to the fullest extent possible,” the DOR analysts wrote.

“To separate the duties between the treasurer and the accounting function, this to me was an absolute indication of how little the DOR knows about counties,” Ms. Flanders said. “This is something that happens at the town level. It has never been the case in Dukes County.”

“The budget process in Dukes County appears less than successful,” the reports authors wrote. “The process is largely ad hoc, despite being grounded in a collection of Massachusetts General Laws and local resolutions.”

In all Island towns, state law separates accounting and treasury functions, in order to assure the integrity of checks and balances in processing payments and collecting revenue.

Ms. Flanders said state law defines the county treasurer’s duties differently, and to separate the functions would require a change in the law. By consensus, the committee agreed. “This is the one area that works really well,” committee member Art Smadbeck said. Mr. Smadbeck is the Edgartown selectmen’s representative on the strategic planning committee. “I wouldn’t take that recommendation.”

Committee members acknowledged there is room for improvement in revenue forecasting, expenditure reporting, and communication with the county advisory board. But in general, they disagreed with the DOR recommendations, and said cooperation between county officials and the advisory board is getting better.

“I thought there was more dialogue,” Jeffrey “Skipper” Manter said. “We were involved more early on, it was a better working relationship.” Mr. Manter represents West Tisbury on the strategic advisory committee.

The DOR also recommended several changes to streamline accounting and reporting procedures by more fully using the computer software the county already has, including development of an electronic timesheet, uniform reporting of hours credited to regular, sick, vacation, or other time, and requiring direct deposit for pay checks.

“There’s only four or five employees, I think we could start there,” Mr. Manter said. “Get our own house in order first. It’s a small number of people, it would be good to make some progress.”